Why the Extreme Heat Wave Is Not Asset Management Friendly 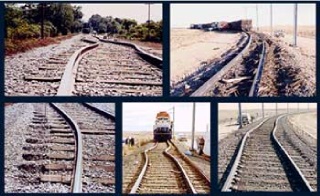 For the last week extreme heat has baked the west and southwest coast of the nation. Stories abound of melting roads, shoes and cooking on cars. These stories are only a small sample of what happens when extreme heat is applied to assets. Without proper inspections during and after the heat wave, disasters are sure to occur.

Dealing with extreme heat is much like waiting out a severe storm such as a hurricane. There is not much one can do until it passes except make sporadic inspections on critical assets to monitor the damage.

Unlike a hurricane, extreme heat conditions can be amplified under the right conditions. This occurs most frequently on dark surfaces such as roads, rooftops and anything made of metal. The darkness of the surfaces collect heat and are much hotter than the surrounding air.

As the heat builds up roads can become hot enough to melt the glue that holds a shoe together. More importantly, infrastructure such as roads can weaken, crack and/or begin to separate as the materials used expand. This week there has been numerous reports, photos and videos of roadways starting to fall apart.

Damage is not limited to roads. Any asset made of metal will also feel the effects of thermal expansion. This would include the smallest rivet to the steel frames of bridges. Even if the asset was designed with expansion joints, the extreme heat can exceed the design specifications.

What is often forgotten is that other materials such as rock also expands under the heat and this will add additional stress to a structure. Unfortunately, the problems of extreme heat do not stop at night or if it rains. In fact, the problems are likely to get to worse.

The cooling of metals causes them to contract which can leave gaps and cracks that moisture can seep into. When moisture is added to metals it starts the corrosion process. Repeating the cycle of heating and cooling over and over places assets at substantial risk of failure.

Since virtually every asset is subject to expansion and cooling it becomes imperative that maintenance crews keep a watchful eye on the most susceptible and/or critical assets. The best way to do this is to employ CMMS to generate a checklist to be used for inspections.

Once a checklist has been generated using the CMMS, the list can be downloaded to mobile devices to perform inspections. The inspection should be customized to identify problems and potential
problems.

Which assets are inspected depends on their location, known condition, criticality, and industry. Experienced asset managers can use their CMMS to pull up at-risk assets. Some examples of assets to be inspected include but are not limited to:

In a nutshell, anything that can get too hot to touch needs to be inspected. No one wants to read about an explosion, bridge collapse or suffering due to failed assets (HVAC).