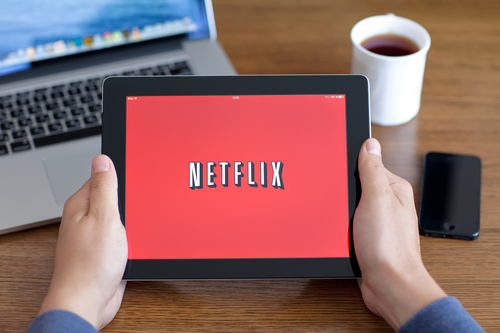 Netflix doesn’t appear to be struggling with new users, even in the wake of plans to raise prices across the board in the U.S., they said it added a record “8.84 million paid streaming subscribers – 1.5 million in the U.S. and 7.3 million internationally in Q4 2018, pushing its global total past 139 million.”

Netflix execs have yet to disclose the U.S. price increase for current subscribers; however, a consumer study was completed by The Diffusion Group (TDG) indicating that “16% of Netflix subs are likely to either downgrade to a lower tier or cancel the service altogether if the price rose just $1 per month.”

Despite some analyst concerns about its heavy spending on content, Netflix has no plans to slow that pace down, and expects to continue to splash cash even more heavily on originals as other studios and programmers start to pull back rights to movies and TV shows for their own, forthcoming OTT video services.

“We are ready to pay top-of-market prices for second-run content when the studios, networks and producers are willing to sell, but we are also prepared to keep our members ecstatic with our original content if others choose to retain their content for their own services,” Netflix said in its Q4 investor letter.

Netflix also took some swipes at its competition. “We compete with (and lose to) Fortnite more than HBO,” the company said. “Our focus is not on Disney+, Amazon or others, but on how we can improve our experience for our members.”

Netflix finished the year with $3.8 billion of cash and said its $500 million unsecured credit facility remains undrawn. In Q4 2018, it had $19.3 billion in streaming content obligations.

“Worryingly, the company is burning through a lot of cash,” Paolo Pescatore, an independent tech, media and telco analyst, said in a note reacting to Netflix’s Q4 results. “It needs to recoup this by adding customers more quickly, increasing prices or taking on more debt. Therefore, expect price rises in all key markets.”

He said 2019 will be “pivotal” for Netflix as new rivals hold back programming and spawn their own OTT services. With choices like Disney+, Hulu, and even the new Amazon OTT service, Free Dive, the market is flooded with choices and it comes down to who has the best content or which content fits the consumer’s watching preferences.

“Ultimately, our aspiration is to be self-funding, and we believe that we will do that over time with these content investments,” Neumann said, adding later that, in the meantime, accessing the debt markets is the path Netflix will continue to take.

Netflix will also continue to explore the bundling model with its various mobile and pay-TV partners, including a recent hook-up with Sky.

“We’re early on in that process,” said Greg Peters, Netflix’s chief product officer, noting that Netflix bundling has become a “nice supplemental channel” that helps the service tap into new segments of the consumer market.

“We’re quite excited in the results we are seeing,” he said. “We’re going to grow that segment of the business, but it’s still small in terms of acquisition impact.”

It comes down to how Netflix will respond to other providers providing original content, their content library as whole, and the price point they provide to customers.

Last year, Netflix spent around “$8 billion on content and was in the neighborhood of 700 original TV shows on the service worldwide,” according to CFO David Wells. Some of these shows include, Stranger Things, Black Mirror, Altered Carbon, and Lost in Space. Their marketing spend increased by 50% in 2018 from $1.3 billion in 2017 to $2 billion.

Their strategy seems intact on how to keep generating new content and if they can grow their bundle packaging it will be an interesting race to the finish with competing providers.