Infrastructure Payments from the Stimulus Act of 2009 Suspended 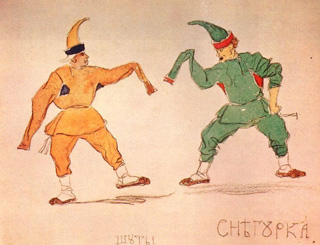 With the first quarter fiscal results in, the Obama Administration has decided to suspend billions in payments remaining from The American Recovery and Reinvestment Act of 2009 based upon recommendations from the Recovery Accountability and Transparency Board (RATB).

The decision which goes in effect on September 30, 2013 affects $64 billion that was originally allocated for infrastructure improvements including:

In reaching the recommendation, the RATB said that the imposing fiscal cliff made huge capital expenditures unrealistic because throwing money to replace or modernize government facilities without an EAM system to maintain them in good operating condition would only perpetuate asset neglect.

They also cited several other factors that included:

The RATB noted that of the $64 billion allocated for these projects less that 20% has already been spent. The move would free up almost $50 billion with a small portion to be reallocated to help train asset managers and invest in quality EAM software.

The message from the RATB is very clear and is that infrastructure improvements must be planned throughout their entire lifecycle. After careful review of just one EAM system, the RATB has chosen Mintek’s Transcendent®, to be implemented for all government projects before any money is approved for distribution.

By implementing Transcendent®, government asset managers will be able to start using an EAM software solution that was credited with saving the world in 2012. Read Mintek Saves the World for further details.

Mintek Board members including the President of the United States and other world leaders, are ecstatic by the recommendation. In fact, the President has instructed the department of education to incorporate asset management using Transcendent® into all K-12 curriculums and federal fund supported institutions of higher learning.

This will not only benefit the long-term infrastructure problems that the country is facing but also help alleviate the skilled maintenance worker crisis that is plaguing the country.

The timetable to lift the suspension of payments is estimated to be mid 2014. This will give time for asset planners and facility managers to implement EAM software and train staff accordingly.

To verify this has been done, project managers must complete form 412013 detailing their purchase of Transcendent® and submit it to the General Accounting Office by April 1, 2014 for approval.