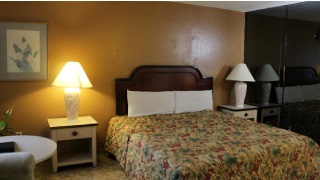 Ahhh, finally an episode that I enjoyed watching. This week’s emotional show was the story of a nice guy, trying too hard with great personal health risk. The underlying lessons to be learned this week can apply to owners, managers and staff in any asset intensive industry.

Setting the stage, the Sevilla Inn is a 51 room hotel only 7 minutes away from Disneyworld. The hotel is family owned and run by Rene Sandoval and his daughter Peggy Choudhry. Although it used to be booked solid, it had seen a decline in travel guests and was quickly becoming a local flop-house.

How the hotel went from a busy destination hotel to a insect infested dive fell squarely on the shoulders of the patriarch Rene. Rene’s nice guy personality led to a series of critical hotel policy mistakes increasing family tensions and lowering revenues.

When the revenues declined, Rene began doing a lot of the maintenance work himself. However, because Rene was not a trained maintenance professional his efforts to perform pest control and pool maintenance resulted in some horrific problems that essentially made the hotel a disgusting health risk disaster.

Rather than do a play-by-play recap of the episode it is better to get straight to the problems that were uncovered by the host, Anthony Melchiorri. A list of the issues uncovered during his interviews with the owners as well as inspections of the rooms and premises includes but is not limited to:

Two of the most telling scenes in the show were when potential guest left for another hotel after checking a room (it was dirty and had pubic hairs on the sheets) and 2) a video of one of the long-term guest describing the illegal activities going on at the hotel.

The big issue of course was the bedbug infestation. In a scene with the exterminators, you could see hundreds of bedbugs and roaches scurrying around. The bedbug issue brought to light the problems that Rene was causing and the lack of communication between him and his daughter.

Both Rene and Peggy claimed they were unaware of the bedbug issue because no guest had complained. Sorry Anthony, I just did not buy this one. I think they were very aware of the problem (the insecticide issue) but did not understand that impact it was having on their hotel.

The root cause of the hotel’s problems was that Rene was trying to wear to many hats and did not have the hotel expertise to establish the proper hotel systems that were needed. Some of the missing systems included maintenance, housekeeping, and front-end management.

To make matters worse, as revenues declined, the owners started to lower prices and encourage locals to stay there if they had cash for a room. Unfortunately, the hotel lacked policies such as requiring a credit card or valid ID that would prevent undesirable guest from staying there.

The policies that the hotel did have were negative toward the desired travelers and were not enforced consistently. In effect, the hotel had lost control allowing the undesirable guests to do pretty much whatever they wanted. The stress of the situation was credited as a major factor in Rene’s recent stroke.

If the hotel was to survive, it needed systems, policies, stronger management and a heck of a good cleaning.

The Fixes for the Sevilla Inn and What Hoteliers Should Learn

The true fix for the Sevilla Hotel occurred with the first tear jerking scene the show has filmed in the 3 seasons that I have watched. In this memorable scene, Rene understood that his decision making was causing more problems than it was fixing. His decision to retire and allow his children to run the hotel was the only real option he had.

Next up was the establishment of policies similar to most hotels. These policies included requiring a credit card and having a driver’s license for check-in. These policies, if enforced, would effectively prohibit people from living at the hotel for long periods of time.

Towards the end of the show these policies were tested by a guest who was refused check-in and called the police on the hotel. Happily, the local police backed up the hotel and the guest was forced to leave.

Lessons Learned from the Sevilla Inn

This week’s show was a delight for me. As a lifelong coach and mentor it was easy to identify the learning opportunities. The lessons below are valid in many industries and apply to owners and managers. They are:

Other Fixes for the Sevilla Inn

In this week’s episode the biggest fix was the extermination of the bedbugs and other insects. To his credit, Anthony addressed this issue at the beginning of the show bringing a bedbug professional and a team of exterminators.

As mentioned earlier, the other health risk was an algae filled pool. To handle this, the Hotel Impossible team brought in a pool expert to correct the problems and also renovated the pool area.

The remaining fixes included bringing in a team of professional cleaners for a good scrub down, renovating the lobby and updating some of the furniture and fixtures.

Will the Sevilla Hotel Survive

Lastly, I am not sure that this hotel will be successful in its turnaround. Although much of the blame can be put on Rene, he was not the only person responsible. I am also not convinced that the Sevilla Hotel was given the proper systems to go forward.

My gut feeling is that the ancillary fixes were based on corporate sponsorship rather than need. In my opinion, the Sevilla Hotel was in dire need of a back-end hotel system (maintenance, housekeeping, asset management). The solutions given to them were more front-end oriented (website, reservations, revenue management).