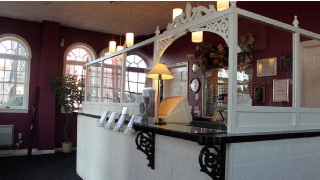 This week’s episode of Hotel Impossible featured the Periwinkle Inn was interesting for a couple of reasons but most notably because of what it can teach hotel owners and senior executives of hotel chains.

In this show, Anthony Melchiorri had been asked to help the Periwinkle Inn by Jennifer, the daughter of the owner Claudia. The 50 room hotel had been in the red for the last 5 years despite an ideal location in Cape May and beautiful premises surrounded by a Victorian architecture community.

Episode Recap – No Buy-In at the Top

At first glance the hotel seemed normal enough, the grounds were well kept, the guest rooms were clean (although outdated), there were a few amenities missing and the lobby needed a major overhaul. The first tell-tale signs something was very wrong was when Anthony discovered numerous unfriendly signs distributed throughout the hotel telling guests what they could or should not do.

Some examples detailed were signs in elevators saying no unattended children, signs saying do not take ice for coolers and signs in the room telling guests what they could not do. Some of the signs could easily be interpreted as yelling at guests.

But this was not the most significant issue. It turns out Claudia had the mindset that she was running a motel not a hotel and expected the worst from guests. It is this mindset that resulted in a cheap plastic barrier at the front desk that separated guests and staff as well as numerous other examples including:

Clearly, Claudia and her children were out of touch with the needs of guests and the hotel management tools they needed to compete in a tough economy. Still, it looked like a straightforward fix of a few renovations, a hotel management system, some marketing help and an attitude adjustment at the top.This brings us to what went wrong in the fix and what hoteliers (big and small) can learn from this show.

As mention above, it was the owner’s daughter Jennifer that asked Anthony and his crew to help. The daughter realized the hotel was in trouble and that change needed to occur. Jennifer and her brother seemed to support the changes proposed by Anthony and the show went on as normal.

However, it was no surprise that the final credits indicated that the owner did not like the hotel lobby renovation and decided to re-do it. Nor was it a surprise was the only person willing to use the new hotel management system and ultimately returned to her closet and stayed out of her mother’s way.

This brings us to the most important point that all hoteliers and senior managers must understand. Change starts at the top! Without buy-in at the top (in this case Claudia) the most you can hope for is lip service and temporary change. Jennifer was not the decision maker and not strong enough to do this on her own.

Achieving buy-in means that the true decision makers are fully committed to change and doing whatever is necessary to ensure the success of a project or turnaround. If I was a betting man, I would say that the Periwinkle Inn missed a golden opportunity to re-invent the hotel and its future.

The final screen credits indicated that since the cast’s visit, group bookings have increased and major event are starting to come back. We only hope that the owner does not interfere with the progress being made by his team.