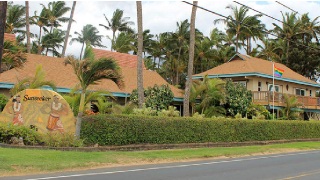 Last night’s show featured the Maui Sunseeker Resort, situated in a surfer’s paradise on the coast of Hawaii. The show was a familiar tale of hotel owner/management issues leading to a break down in basic hotel maintenance and a limited marketing vision.

To give readers a little background on the situation, the resort was purchased in 2008 by Chuck Spence. At the time of purchase it was already losing money. Chuck was unable to turn the situation around by himself so he hired Michael Waddell as the GM.

Unfortunately, Chuck was not playing the role of owner and essentially interfered to the point that Michael was ineffective in getting things like maintenance done. On top of this, the hotel was being 100% marketed to the LGBT (lesbian, gay, bisexual, transgender) communities. This effectively limited the number of people who would be aware of the hotel.

Other than an over melodramatic moment where the situation was described as life or death, hoteliers can from the show how to accept responsibility and why little maintenance items make a big difference.

The Results of Ineffective Hotel Leadership

As the host Anthony Melchiorri and I have stated many times, effective hotel operations starts at the top. Without leadership and quality decision making, hotels start to fall apart and guests stop arriving. Some examples of this at the Sunseeker Resort were:

Not all was bad though, Anthony did not spend his normal segment guest room inspections for cleanliness. I would have to guess that this meant the rooms were in pretty good condition.

All these problems set the stage for a showdown between the owner and the GM. The first step was getting Michael to have the courage to stand up to the owner. For this Anthony had him go on a zip line to build courage.

The result was a meeting between Michael and Chuck where they agreed change had to take place and Michael would start managing the property as a GM should. First up on the list was taking care of maintenance items and keeping up the property.

The remainder of the show focused on improvements to the property. In keeping with the theme from all previous shows, Anthony brought in Blanche (my favorite designer) to renovate the 3 part guest rooms (Kitchen, living area and bedroom). She also redesigned the sun and roof decks to be more contemporary.

As a final gesture Anthony educated the owners how to change their marketing to appeal to a wider spectrum of clientele. To do so meant that the hotel was not being marketing solely to LGBT communities. The results at the end of the show indicated that bookings were up 10% and 15 rooms had already been renovated.

In summary, the Sunseeker Resort is no different than many other small hotels. It takes good leadership to make a hotel run smoothly by organizing all the tasks that need to be done and then setting forth a plan of action. However it takes a smart hotel owner to recognize that they need help in any given area such as hotel marketing or asset management.