CPE Set Top Boxes: The Battle Against Cable MSOs to be the Gatekeeper 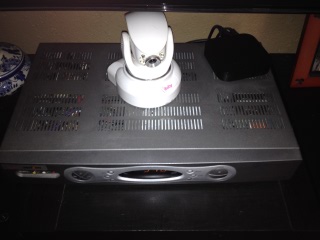 There are lots of choices for consumers to watch content on their living room or other room screens. There is absolutely no question that the traditional CPE set-top box cable TV model has been changed. But is this a disruptive event and will it spell the end of traditional CPE or traditional cable TV?

Before I go further, I should tell you that I am writing this post while listening to a Springsteen concert recorded at the Main Point Club in 1975. The concert is being streamed to my TV and Stereo from YouTube via Chromecast.

I have mentioned this because it highlights the audio use for a content streaming device. In my situation, watching the content is unimportant, listening to tunes on a high quality sound system is. Before streaming devices became available, my only choices for listening to rare content on demand was limited to PC, laptop or smart phone plays with vastly inferior sound quality.

Is Traditional Cable CPE in Transition or Dead in the Water?

Getting back to the subject of CPE; there have been many articles claiming the end of cable set-top box. If you only read a few articles or advertisements you could easily be misled into believing that Apple TV, Roku, Chromecast or the new Amazon Fire TV has doomed cable TV.

Don’t believe the hype. All of the above devices only offer a way to view (or listen) to content on a screen. This point is critical because the battle between them is a battle for the gateway to your screens.

Someone has to bring the internet/video signals to the house in the first place and this is the cable MSO, satellite dish or fiber optics organizations. Once the content has arrived, subscribers have a choice of how they view/listen to content on big screens. These choices are essentially:

Only the traditional set-top box currently offers subscribers the ability to watch most of their favorite programs as they are aired. All of the other gateway devices have significant limitations on what can be viewed because they are not the content providers.

For example, despite all the hoopla, Apple TV only has access to a tiny fraction of the content that is currently available with Roku. This is why Apple is so desperate to get a deal with a cable company.

Cable CPE is not Dead but is not Well

Traditional cable CPE is not dead yet but it is not well. There are two main reasons for this:

Subscribers are demanding more and this has opened the door for alternatives to traditional set-top box viewing. Netflix is a prime example of this and already accounts for 30% of all internet traffic.

Fortunately, for cable MSOs many consumers still like the traditional cable services or are wary of the constantly changing cable technology and want to wait for the development of gateway box that is a complete content aggregator.

A complete content aggregator may still be just a dream as the components required to get there vary and have different tech cycles – cable modem, wireless router, box(es) and then finally the screen(s). One day the dream will be a reality.

For traditional CPE to survive, innovation needs to happen soon.

The Impact of the Gateway Battle on Cable MSOs

The battle for the gateway CPE is not the same battle to replace cable TV. The competitors for cable MSOs in this are satellite services, fiber optics providers and some of the newer over the air services such as Aereo.

To see this you have to remember that viewable content is an end product traversing several industries. The gateway set-top box is just a small part of the overall process which covers:

To complicate matters a little more, the journey from content production to content viewing crosses multiple technologies at various stages of development. For example, the final stages in an individual home can have a variety of components (cable modem, wireless router, box(es) and then finally the screen(s)) each with a different tech cycle.

Although some technologies are convergent, it is not possible at this point in time for one company to control it all.

Gateway set-top boxes offer a glimpse of where the industries are going but it does not spell the end of the cable TV as we know it. Cable MSOs such as Comcast which are already vertically integrated into content production are firmly entrenched for now.

Is Apple TV Really Going to be Disruptive?

In addition and I am purposely picking on Apple TV, For Apple TV to disrupt the cable industry they would need a product that goes beyond their traditional over controlling “my way or hit the highway platform”, something Apple has never been willing to do before.

Granted the iPhone was a disruptive product for Apple but smart phones were a different type of blue ocean opportunity. Gateway set-top boxes are not a disruptive opportunity because they are only part of a more complex battle to control the internet.

In summary, as of now there is not any one gateway device that can handle all the different types of streaming or content pushing that subscribers want. Each device seeks to offer more than the other and may temporarily be able to claim a technological or content advantage over each other.

However, when it is all said and done, the Cable MSOs will take the punches and kicks but still be standing and offering cable TV and cable CPE.

The bigger dangers for cable MSOs in the next 5-10 years are how the issue of net neutrality plays out and not adjusting their business models fast enough to the changing dynamics of subscriber needs, content production, delivery and viewing.

Well… the concert is over, we hope that you enjoyed this article and will share with us your thoughts about the future of CPEset-top boxes.