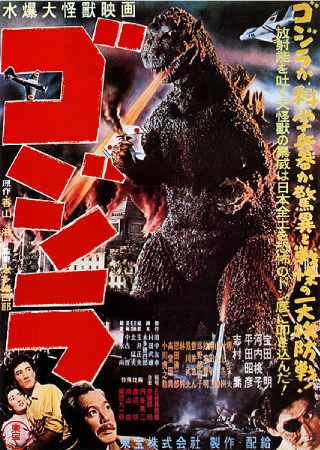 We all remember that back on March 11, 2011 an enormous earthquake struck just off the coast of Northeastern Japan. The earthquake and subsequent tsunami resulted in over 15,000 deaths, hundreds of thousands of buildings damaged and a level 7 meltdown of Fukushima Daiichi nuclear power plant.

Sadly, two and a half years after the tragedy, the Fukushima Daiichi nuclear power plant is leaking so much radioactive water into the ocean that it has been declared an emergency and the government has been ordered to step in. The situation has recently exploded as the credibility of Tokyo Electric Power Company (Tepco) has eroded because they apparently knew of the leak for two years and have been covering it up as well as other countless problems, mostly as a result of their incompetency’s.

“Tepco’s handling of the clean-up has complicated Japan’s efforts to restart its 50 nuclear power plants. All but two remain shut since the disaster because of safety concerns”

Hindsight is great and it is easy to point fingers at Tepco for their lack of asset management disaster preparedness. Certainly, they could have been prepared for the disaster by having a working action plan in place. A plan that would have included numerous checklists and inspection items much like other industries use when faced with a natural disaster.

On the other hand, no matter how prepared they were, no one could have anticipated the power of the earthquake and tsunami. When Mother Nature speaks the only thing we can do is listen and learn.

So this brings us back to the current situation. With tons of radioactive waste flowing into the ocean, the potential impact could end up being more costly than the earthquake itself.

Radioactive decay (radioactivity) is the process by which energy is emitted (radiated) by unstable atoms. Radiation travels from its source in the form of energy waves or energized particles. There are two types of radiation. The first is generally considered manageable and is generated naturally or by machines. Exposure is generally limited and non-lethal.

The second form of radioactivity is far more energetic and has so much energy that it knocks electrons out of atoms and can have serious consequences. It is called ionizing radiation and can cause serious health risk by damaging tissues and genes. This is the type of radiation being let loose at the Fukushima Daiichi nuclear power plant since the disaster occurred.

The impact of ionizing radiation can last millions of years (because it can take that long to stop decaying), making the exposed area effectively uninhabitable (Chernobyl) or causing abnormalities such as cancer, deformation etc…

The long term effect on animal and plant life is unknown although the Japanese first visualized its impact after WWII by creating Godzilla a mutant amphibious reptilian monster spawned by radioactivity. What is known is that humanity would not survive as it is if exposed long term to high enough levels.

Is it Too Late to Learn Better Asset Management?

Clearly, Tepco and the Japanese government have their work cut out for them. I can’t help but wonder if the current leak could have been avoided if Tepco officials made use of asset management software that would have enabled them to know the current conditions of all assets at any given time.

The good news is that even without an EAM CMMS, Tepco officials can develop checklists and schedule inspections, maintenance and repairs on a consistent basis. Any future solution to minimizing the impact of this disaster and future disasters hinges upon being able to react quickly, efficiently and effectively.

The bad news is that if Tepco continues to embarrass themselves, another perhaps even more costly disaster is coming one that could even threaten the existence of Japan as a habitable nation.

Until Tepco officials get their act together, I feel sympathy for the people and business who are suffering because the remaining nuclear plants are shut down. There is simply no excuse for not learning from prior mistakes.