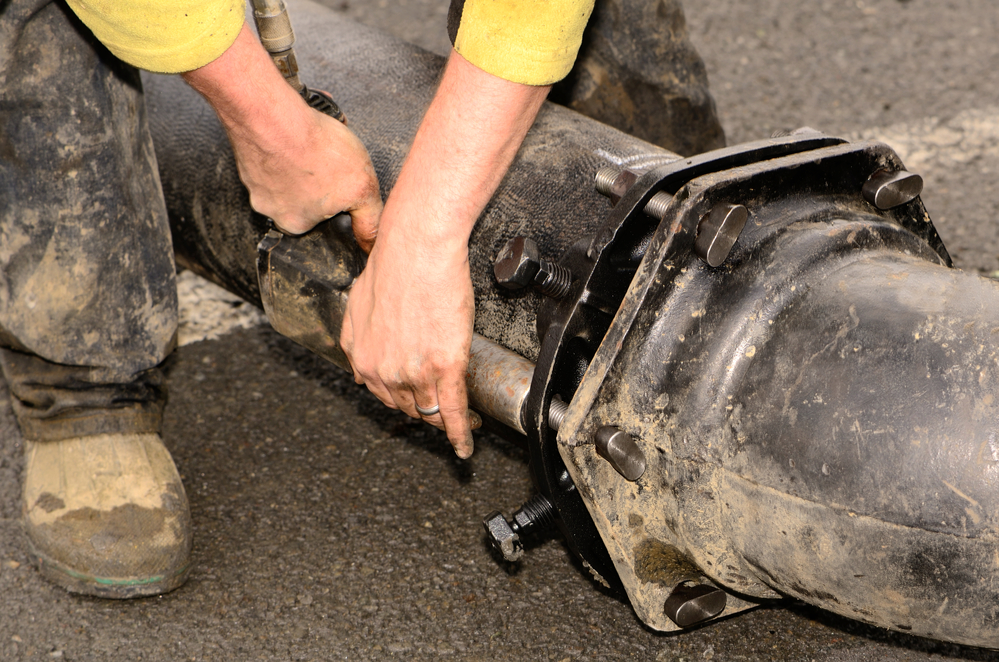 A pipeline failure that happened in August 2015 in Santa Clara Valley is coming back to surface as other problems have occurred. Silicon Valley’s largest water provider will have to spend at least $20 million to drain, test and repair a critical water pipeline that failed last summer and may have more hidden problems.

Inspectors from the Santa Clara Valley Water district inspect a 10-foot section of a concrete pipe that ruptured near Casa de Fruta back in August of 2015. The 8-foot diameter pipe carries water from San Luis Reservoir to San Benito County as well as to Santa Clara County.

The pipe delivers up to 40 percent of the drinking water for 1.8 million Santa Clara County residents. As stated by the division chief of operations and maintenance, it is a lifeblood for the valley.

In August 2015, a section of the underground pipe suffered major failure sending 15 million gallons of water into a cow pasture near Casa de Fruta along Highway 152, according to water district staff reports. There was a change in pressure causing a break in the pipe, so the valves were shut off to prevent further damage.

The pipeline was then shut down for a month while crews dug up the pipe and fixed a 24-foot section. The district discovered the pipe originally failed due to mortar on the outside allowing water to seep in and rust wires around the steel and concrete core.

Although the federal government installed the pipe, the water district is responsible for maintaining it. After the break, district crews found two other sections near the broken part that were also damaged, which led to a $1.2 million repair bill.

Now, the job to fix a section of the pipe won’t be completed for two months. In the meantime, the water district has drawn up a $6.8 million plan to drain, inspect and perform possible repairs over the next year on 8 miles of the line, known as the Pacheco Conduit.

A similar plan to drain, inspect and repair the other 23 miles of line, known as the Santa Clara Conduit, in 2018 and 2019 is planned. The cost is still unknown, but based on previous costs it could exceed $10-20 million.

What may seem as just a pipeline is actually a key part of Silicon Valley’s history. Construction of the pipeline, part of a wider project, known as the San Felipe Division of the Central Valley Project, brought up to 152,500 acre feet of water — enough for about 800,000 people a year — into Santa Clara County starting in the 1980s. That allowed the valley to accommodate more homes, industry and population growth.

Without this portion of the pipeline from the Central Valley Project, there isn’t enough water in the local creeks, rivers, and underground aquifers to support the county’s population, farms, and economy.

Water district officials commented that this crack may have happened 30 years ago and the damage got worse due to non-replacement or improper maintenance. The past president of the American Society of Civil Engineers wrote, We have about 240,000 water main breaks a year in this country. That’s more than 600 every day. Pipes reach the end of their useful life. It’s like having a roof on your house. You can make repairs, but at some point, you have to replace it.

A reactive approach only covers an asset so far, especially in the case with the pipeline, whereas a preventive approach could have assessed the situation early and potentially prevented it from happening.

A reactive plan may be more cost effective in the beginning, but in the long run your dollar will stretch further with a preventive maintenance plan.

Preparations are necessary to prevent erosion and deterioration from happening to your assets that are subjected to harsh conditions every day, such as water exposure. Here are a few steps to help your asset management service.

In order to properly gauge your asset management you need a proper CMMS. CMMS allows you to record the location, date of installation, and cost of all your assets. Once the asset details are loaded into the database, assets can be scheduled for inspections, preventive maintenance, and perform necessary repairs on any tasks needed.

A CMMS can also generate checklists showing levels of change that are occurring within your assets functionality. After the data is compiled, an EAM is the best solution to retain this information for easy access and allow current and future engineers/workers to retrieve the information quickly for future inspections. This replaces the need for manual documenting or retrieval and reduces the risk of a malfunction or repair going unnoticed or being reported incorrectly.

Here are the top 6 advantages to incorporate in your asset management plan:

The work can be done manually, and that is where mistakes happen most often and a document gets lost, left behind, or not filed accurately which can delay repairs and increase risk of malfunction and asset deterioration.

Why make the process harder for yourself and your assets?