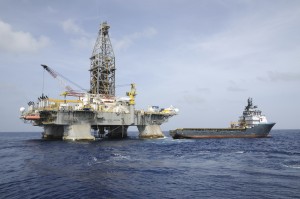 Remember the numbers 200, 16,000, 8,000, and 11? These numbers each represent an outcome of what happened on April 20, 2010 from the Deepwater Horizon rig explosion off the Gulf of Mexico. Two-hundred million gallons of oil spilled, 16,000 miles is the range the oil spread across the coastline from Florida to Texas, 8,000 animals were killed just 6 months after the incident, and 11 workers were killed due to the explosion. This explosion is still considered the biggest oceanic oil spill, and one that no one predicted or even imagined could possibly happen.

Research shows how emergency preventers failed to deploy which could have helped contain the blowout, but there were several factors that came to surface showing the malfunction of the system and its parts. First off, if you consider the steel pipe that was submerged thousands of feet under sea level, it was only a matter of time before an explosion occurred with only a steel plate to cover the surface. Now, granted, the steel plate was 640,000 tons, but the force that came back up was twice as powerful.

Also, the off shore drilling practices had several weak spots, showing that80% of errors can be likened to human and organizational factors, while 50% of those drive from flaws in the engineering design. Just like any good system, there are weaknesses where your enemies can enter, and there is always room to improve to make those systems great ones.

During this time, as stated above, over 8,000 animals were reported dead after just six months of the incident occurring, and over 30,000 people came out to help on the Gulf Coast clean up to take care of wildlife and various other duties on shore. Wildlife is still being affected today from the oil spill and mammal deaths are still being calculated. Technology practices were overlooked in the past and limits were pushed when it came to underwater pressure, but now new practices and procedures are put in place by the Government and the oil industries across the world to prevent this problem.

Five years later: We learned, we grew, we built

There is no doubt that technology has improved over the last five-years and especially with the oil drilling industry. Enhanced blow out protectors, built by BP, are in place to prevent these measures from hopefully not happening at this magnitude, and, even Internationally, new technology is being handled remotely to control the oil and gas networks. Also, oil rigs are being secured by energy sectors, but this still doesn’t protect them from cyber-attacks. In fact,32% of attacks on critical national infrastructure were targeted on energy firms in 2014. This is due to hackers being able to get into the system and override it, however with Government involvement and better maintenance practices in place, we should be able to get our waters to a cleaner state and keep it that way for years to come.

What if the BP oil rig had better preventative maintenance protection?

The questions reside: What could we have done better? How could we have prevented this from happening? What if we saw the signs sooner? Answer: the situation may have not happened or with better preventative maintenance it could have been resolved much quicker and less expensively. Those seem to be such logical answers, but not when an oil industry doesn’t think in a million years this could happen to them. BP has admitted that their practices were faulty and maintenance was not properly performed on their rigs causing the leak to happen. Now, they have new plans and practices in place to prevent these measures from getting to the catastrophic state they did before.

Here are the preventative maintenance steps being performed today:

Maintenance practices are best utilized when put into an effective management system. Listed below are a few items to consider when implementing your strategy:

This catastrophe affected families, our eco-system, our wildlife, and so much more, but with these new plans and practices in place, we can learn from the past and make better decisions in the future.