Why Aren’t You Using a CMMS Checklist for Summer Storms 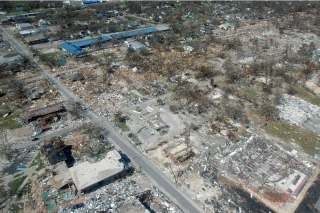 This Spring has been a nightmare for the nation’s heartland as tornadoes and heavy downpours have caused countless lives and millions in damages. As Spring draws to a close, the Summer storm season is expected to bring as much havoc with exceptionally high hurricane projections.

Don’t Get Caught without a CMMS Checklist

The I Don’t Need CMMS Excuses

Asset managers always seem to have an excuse why they don’t need a CMMS system. The top reasons with my response (this is why I am not in Sales) include:

CMMS software is designed to organize and automate many of the manual processes that comprise work management. This includes work requests, work orders, inspections and unplanned maintenance. Once implemented, asset detail is recorded such as location, description, serial number, date of install, vendor etc.

The benefits begin with a sharp reduction in paper flow as manual work requests disappear. Once work requests arrive, they can be viewed, prioritized and assigned using the CMMS scheduling features. Work is then completed by the assigned person and results are submitted via mobile handheld devices.

By automating the work management processes and making use of the scheduling features, asset and facility managers in all industries are able to have a more proactive maintenance function that reduces unplanned repairs, decreases downtime, lowers labor costs and increases energy efficiency.

The Value of CMMS Inspections

One of the keys for storm readiness is the ability to check critical assets and perform shutdown procedures quickly. CMMSsoftware can generate checklists for inspections and send them to mobile handheld devices for rapid responses. Different inspection checklist can be used for before, during and after the storm passes.

As inspection results are reported, asset managers can then compare the results against the asset information stored by the CMMS. Results can be used to prioritize and generate work orders that return operations to normal as quickly as possible.

When using a CMMS, storm preparation is just another day at work. Tell us what your organization has done to prepare for the summer storm season.