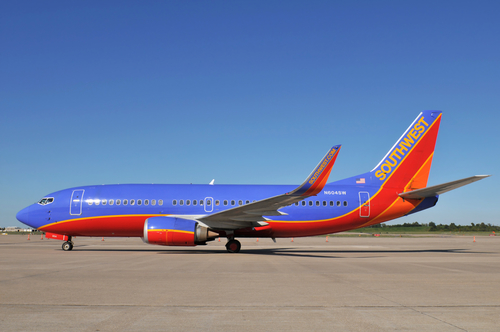 Some passengers aboard the Southwest Airline flight 1380 received a $5,000 check after a deadly engine failure that led to an emergency landing in Philadelphia, April 17th, 2018.

The jet engine failed on Tuesday about 20 minutes into its flight from New York City to Dallas. Debris from the engine blew out a window and caused one of the passengers to almost get sucked out of the plane.

The passenger in question was rushed to the hospital after the emergency landing, however, she passed away after arriving at the Philadelphia hospital.

Passengers onboard Southwest flight 1380 received a letter of apology from Southwest stating We value you as our customer and hope you will allow us another opportunity to restore your confidence in Southwest as the airline you can count on for your travel needs.

The letter also noted that each passenger would receive a $5,000 check to cover any immediate financial needs and also a $1,000 travel voucher.

Search for Answers to Engine Mishap

The airline reported the plane’s engine underwent inspection two days prior, Sunday, April 15th. The National Transportation Safety Board is finishing up its initial examination into the engine failure – but questions still remained unanswered.

“I know people would want answers right away. We would do a very methodical investigation. Right now, we just want to document everything that we can.”

The National Transportation Safety Board (NTSB)

In a search for more answers, officials have interviewed pilots, examined the damaged engine, and collected video footage from the passengers. The NTSB will look into how an interior crack on a fan blade that led to the engine failure. It was reported the crack was not detectable from the outside, however, one of the cracks was consistent with metal fatigue.

Accidents happen in various ways and forms, but preventive measures can help alleviate this pain and damage not only to facilities but to its people.

The Southwest airplane incident that was caused by a malfunction to a fan blade could’ve potentially been caught with preventive maintenance in place with the use of an EAM CMMS system. A CMMS can help airport management know where all their airport assets are and the condition they reside to maintain a level of safety for its people and the aircraft.

A CMMS can also help streamline maintenance operations to be more efficient but still effective. An airport CMMS database can help create a checklist that includes the following:

As each work order gets completed by an engineer, it is then added to the database. Management reports can identify maintenance trends, asset history, and projected replacement or retirement timeframes. This also allows engineers to have an up to date and accurate account of all asset lifecycles. These types of tests can help airports keep their aircraft in the best possible working shape to protect its customers.

CMMS software enables airport management to spot struggles or risks early and management can also tap into an expenditures module to review the budget for the current year or upcoming years to see where items could be pushed to resolve and replace asset issues early. These types of measures reduce reactive unplanned maintenance or tragedies from occurring and keep people and facilities safer longer.