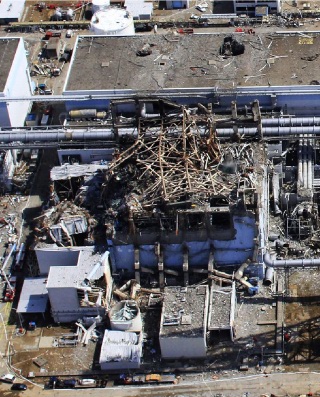 About a month ago, the world’s 4th largest earthquake devastated parts of Japan leaving 13,392 dead and over 15,000 people missing. Now, adding misery on top of the heartbreak, continued problems at Japan’s Fukushima Daiichi power plant have made it the world’s 2nd worst nuclear accident, ranking only behind the Chernobyl disaster.

The change in ranking was a result of the International Atomic Energy Agency’s (INES) decision to change the rating of the nuclear crises from a level 5 to a level 7. Previously, only Chernobyl was rated a level 7 or major accident. The following chart symbolizes the change in rating. A detailed explanation of the ratings can be found at INES

The cause of the change was a culmination of level 3 and level 5 events that have resulted in the release of 500,000 terabecquerels of radiation since the crisis began. This amount is approximately one tenth (1/10) of the amount that the Chernobyl explosion released. A detailed timeline of events can be found at Power-Gen. This timeline explains in detail what happened at the power plants.

The human race has built many fantastic structures as well as generated amazing technological change. Yet despite our ability to create, Mother Nature has proved to us again and again that there are forces beyond our control that can permanently change the world we live in.

The issue is not how to beat Mother Nature, the issue is how to minimize the impact of natural disasters on nuclear power plants or other vital industries should tragedy strike.

The United States has seen 10 States record earthquakes over a magnitude of 7.0 stretching from South Carolina to Alaska. Altogether, according to the USGS, 42 out of 50 States have recorded earthquakes and all States have felt an earthquake.

Is The Nuclear Power Industry Listening?

Nuclear power has raised concerns from its inception. Fears of a meltdown have been the subject of many books, movies and debates. Disasters like the one Japan is suffering through will only raise public fear again.

Our previous article Japan’s Earthquake Teaches Asset Managementdetailed the power and cause of the earthquake and the resulting Tsunami. The article also discussed that the best form of asset management when Mother Nature speaks is to have a comprehensive EAM system that can make sure assets are kept in the best condition possible.

Keeping assets in the best condition possible is more than just maintaining energy efficiencies or controlling operating costs. The average age of nuclear power plants in the USA is over 30 years. The facilities that house nuclear reactors, although state of the art when constructed, are old. Weather extremes, corrosion, vibrations and so on can cause potential problems in areas not normally inspected.

Without proper inspections of all assets, asset failure is more likely to occur after a natural disaster shakes the foundation. Unfortunately, nuclear accidents are the scariest of all disasters due to the length of time radioactive isotopes exist as well as the damage to life that can be attributed to radiation.

How an EAM Helps Earthquake Preparedness

Enterprise Asset Management (EAM) systems perform two very important tasks. The first is that an EAM system organizes assets by creating a database that includes a description of each asset, its location, date of install, serial number (if applicable), costs, associated documentation (contracts, blueprints etc.) as well as many other details.

The EAM system then uses this information to organize the work management functions including the scheduling of inspections, preventive maintenance and repair work. By using an EAM, asset managers will always know the condition of all assets as well as their maintenance or inspection history.

Tell us how you think the nuclear industry can do a better job of preparing for natural disasters. If you like this article you may also enjoy: