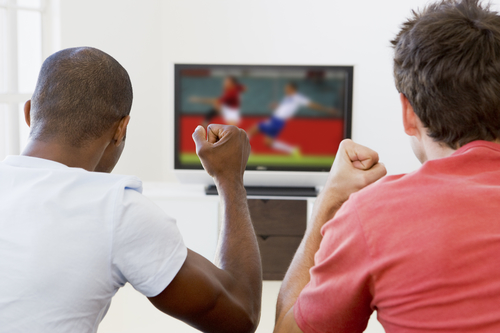 Apple unveiled their newest product line coming this fall featuring the iPhone 6S and 6S Plus, iPad Pro, and enhancements to the Apple TV. The Apple TV received the most buzz leading up the event, and with good reason. It is said to come equipped with a faster processor, an interface resembling the iPhone and iPad experience, a revamped remote with and physical button, and a support for voice controls through Siri.

Let’s take a look inside the new features that consumers and competitors should be taking notice.

Tim Cook, Apple CEO, mentioned yesterday that their idea for television is simple but a little bit provocative;the future of TV is apps. Cook talks about the powerful hardware with a new user experience, as well as an App store. With an iOS 9 style interface, Siri controls through a re-designed remote that includes a touch pad.

The remote itself has a glass touch surface and microphone for voice commands. A user can make a statement “show me funny TV shows,” and a display of TV comedies sorted by popularity will appear on your screen. When Siri searches, it goes across multiple apps that appear on one screen; it searches through iTunes, Netflix, Hulu, HBO, and Showtime with more coming in the future.

The home screen has a similar look to an iOS interface, and users can access photos, Apple music, TV, movies, and the App store. Users can swipe across multiple selections similar to swiping on an iPad or iPhone. Users can also get quite specific with their searches, such as “show me the Modern Family episode with Ed Norton,” and Apple TV will point right to that episode, and you can also turn on captions and replay scenes if you miss a part.

Eddy Cue, Apple’s Senior Vice President of Internet Software and Services mentions users ask Siri for any thing while you watch, such as who stars in the movie you’re watching, to sports and weather updates. Users can swipe up to get more information and pause the movie until you’re ready to return.

Apple TV also offers a great way to watch live sports, including the MLB app that allows you to watch two games simultaneously and pull up live data of other scores and in-game stats effortlessly.

Apple is upping the playing field for the set top box competitors in this space, so what are we to expect?

He who wins the content wins the game; each player in this sought out battle is trying to be better than the next. Apple’s new features can give users a more efficient way to get the content they want, but in the end other players such as Comcast partner with Netflix and Hulu as well to be competitive in this space.

The real question is: even with all the new features on Apple TV, will they matter if the user’s internet connection is weak?