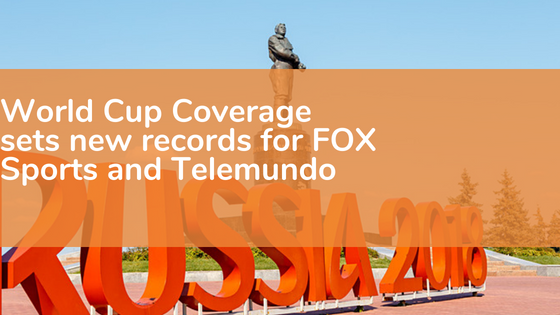 The 2018 FIFA World Cup concluded this past Sunday with a victory going to France against Croatia. This event lasted 30 days and was filled with glory and heartbreak for many of the world’s top athletes and is the most watched sporting event in the world.

Viewers can enjoy this event from many venues including their favorite bar, tavern, club, restaurant or even meeting hall, but in the same token many viewers enjoy watching the game from the comfort of their own home.

Cable providers were a little concerned when it was decided that the tournament would take place in Russia: the time difference makes watching the games stateside challenging, tacked onto the fact that the USA men’s team did not qualify this year. But viewership ratings from FOX Sports and Telemundo proved that despite these obstacles, Americans were excited to watch the matches, stories, and coverage that the tournament had to offer in a variety of ways.

The TV Results Are In…

On the digital side, the network has drawn in more than “14 million unique users and generated 125 million livestreams—a new record for the biggest livestream sports event in Spanish-language history.” On regular TV, Telemundo’s coverage set a new record when it reached the most viewers ever in network history for a Friday daytime audience, with “1.8 million viewers during the France-Uruguay and Brazil-Belgium quarterfinal games.” The knockout round games earlier in the week delivered the best-ever Monday and Tuesday audience the network had ever seen.

According to FOX Sports, “the first 18 days of the tournament brought in 2.5 billion minutes of digital consumption, which includes streaming, short-form video and social media. Across all sports, soccer generated 55 percent of the views in the month of June alone across all streaming, social and digital platforms on the network.”

The FIFA World Cup only happens every four years. As Telemundo Deportes President Ray Warren told NCTA last month, “Our audience is looking for that every-four-year celebration of the World Cup, and it’s a time when these communities—these entire countries—come together for 30 or so days, until the next four years comes around.”

This is a chance for viewers to come together and celebrate their teams, embrace the athletes stories, and have an all-out battle on whose team is the best. The viewership numbers conveyed how much people enjoyed watching their teams and with this type of engagement it will be a thrilling road ahead for the FIFA Women’s World Cup next summer. There will be new records to break on and off the screen.

How Cable Can Capitalize on the Women’s FIFA World Cup

How can a cable operator take advantage of the passion the World Cup brings out in people? The answer is sending Direct Sales Representatives (DSRs) out into the field to cross-sell and up-sell subscribers. Using a cable CRM specifically designed for the cable industry, sales management can preselect routes to target Soccer aficionados.

DSRs making the sales call will have the latest promotional packages available on their handheld devices. The best part is, the sales approval time using SFA is sharply reduced because customer information is accessible on the handheld, allowing for instant credit checks. Clients can sign up and be approved in time to watch the games before they start. 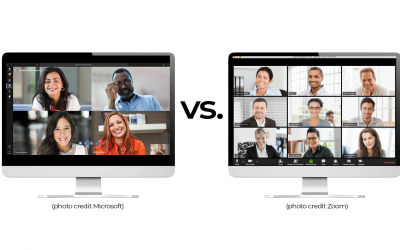