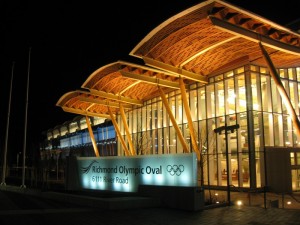 The 2010 Winter Olympics in Vancouver and the 2010 F.I.F.A World Cup in South Africa are without a doubt the 2 biggest global sporting events this year. Both attract the best of the best and require hundreds of millions of dollars for stadium and sports arena construction. Billions more spent on improvements for roads, communications, housing, power generation as well as infrastructure expenses in order to meet international standards.

“As of the start of February 2010, the total cost of the Games, including all the infrastructure improvements for the region that occurred is estimated to be $6 billion, with $600 million of the spending directly related to hosting the games”

To add a little perspective to this , Vancouver has built or renovated 7 venues at an approximate cost of $580m, plus $600m for roadway improvements and an estimated $1b more on security measures. In addition, the Olympic village must feed athletes from 82 countries incorporating a wide variety of imports, as well as cooking equipment.

In contrast, South Africa has spent billions renovating, repairing or constructing a total of 13 stadiums across the country of which ten have been selected for use during the tournament which begins in June 2010. Transportation improvements have been the 2nd largest expense as city populations are expected to double or triple during games. Although only 32 countries will be playing in the tournament, soccer is a true global sport and media will represent virtually every country that has sports fans. Feeding the taste buds of so many different nationalities is a daunting task indeed.

The most visible preparations are the sports stadiums and arenas that host the actual sporting events. Each venue is required to meet specific functionality as determined by either the sports governing authority such as the IOC or FIFA. Additional domestic needs such as energy accountability may also need to be incorporated. For Vancouver both heating and cooling capabilities are critical to the events success as the correct balance between ice, snow and heat must be maintained. However energy efficiency is also important.

“All 16 residential buildings in the city’s 2010 Winter Olympics Athlete’s Village will meet the USGBC’s Gold-level sustainability standards, according to Ian Smith, manager of the development office for Southeast False Creek, the district where the complex is located. Additionally, a 30,000-square-foot community center will be certified LEED Platinum.”

For South Africa, the major energy costs will be the electricity required to run stadiums as well as supply power to the expanded city populations. It will be wintertime in South Africa during June with average temperatures between 46F and 64F. Therefore, the acquisition of sufficient power generators to protect against power failures is critical.

Implementing an EAM early in the game

Once selected as a host country, governments begin the planning process for construction, renovation, and other needed infrastructure improvements such as transportation and energy utilities. An Enterprise Asset Management (EAM) system provides the tools necessary to manage assets from the planning stage until an assets retirement/replacement. Since most venues will be used after the sporting event concludes, it makes sense to implement an EAM, Some of the reasons are:

What is the best way to maintain these world class facilities? There is no doubt that a lot of planning has gone into the construction and renovation of the sports stadiums and arenas. A LEED certified building is great news for the green building industry, but even better news would be the announcement that both sporting events are making use of a CMMS/EAM system to maintain efficiencies of equipment, schedule timely preventive maintenance, inspections and to complete repairs. It would be very upsetting if we were unable to see our favorite athlete or team compete in an event as a result or poor planning and maintenance. Implementation of an EAM minimizes this risk.

And by the way, my allegiance is to England but my heart is to the USA to win the World Cup.

If you liked this article you may also like