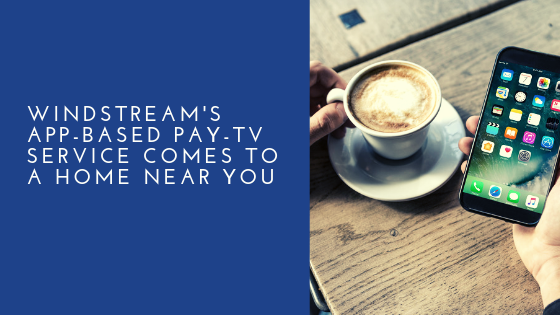 Windstream is becoming the latest pay-TV operator to shift away from a managed video network in favor of an app-based streaming TV product. This pay-TV service will be under the “Kinetic TV” brand that will supplant an IPTV offering powered by Mediaroom.

“Windstream Communications Inc., has launched the new offering, which supports a wide range of TV-connected streaming devices and mobile devices, in select markets in North Georgia, with plans to launch in Lincoln, Neb., next month, and another ten designated market areas (DMAs) that will represent 40% of Windstream’s 18-state footprint in April. After that, Windstream expects to launch the new Kinetic TV offering across the rest of its footprint later in 2019,” according to Lightreading.

With the new product coming online, Windstream has ceased selling the legacy Mediaroom version of Kinetic TV introduced in 2015.

The new version of Kinetic TV will support more devices, including iOS and Android smartphones and tablets, web browsers, Fire TV devices and Android TV-based smart TVs. Windstream will also sell an Android TV box that boots up to the service provider’s service for $75, or lease it for $6/month, and still provides access to other apps and services like Netflix and Hulu.

The new-app based service will also support cloud DVR with a baseline of 50 hours of storage. Customers can buy additional storage for an additional $5-$15/month.

The deployment of Windstream is the largest so far for MobiTV Inc.’s Connect platform which supports set-top box and hosted SaaS (Software as a Solution) architectures.

Bill Routt, MobiTV’s President and COO said “90% of MobiTV’s customers are on the SaaS option. MobiTV, he added, has 75 operators signed on so far, with half of them slated to be launched by the end of this month.”

What’s interesting is that Bill Routt expected the numbers to be higher on the on-premise deployments (set-top box option) rather than the SaaS option. He is saying this could be a prediction of what’s to come for consumer wants and how the market will lead cable providers.

MobiTV’s deployment has been aided by its partnership with the National Cable Television Cooperative (NCTC), an organization that represents more than 750 small and mid-sized cable operators and service providers. MobiTV has been competing in this market for years against companies like TiVo, and they feel with this new service it will close that gap a bit in terms of consumer wants/needs.