Will Qatar Be An Asset Management Model For Sports Stadiums 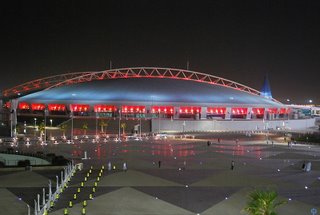 It might seem strange that a tiny country smaller than the State of Connecticut with only 1.6 million people would build 9 sports stadiums to host the 2022 World Cup for an event that only lasts 30 days. The cost of Qatar’s winning World Cup bid was a pledge of $ 4 billion for stadium construction plus another $50 billion for transportation including airports and metro systems.

$ 4 billion for 9 new stadiums plus the renovation of 3 other stadiums pales in comparison to the cost of Cowboy Stadium ($ 1.2 billion), Although the $4 b price tag is high, this is not a symbol of outrageous extravagance to host the world’s premier sporting event. It is however, part of a clever plan to maximize the use of temporary assets (the new stadiums) in order to modernize the Qatar’s infrastructure (the other $50 billion). Including an EAM at the beginning will increase the chances of success.

To better understand why I think the stadiums are temporary let us take a closer look at their construction plans. One of the selling points to FIFA is that the stadiums would be air conditioned despite being stadiums. This meant finding a way to keep the pitch and fans at a relatively cool 80 degrees during a day.

I was having a little trouble with this at first because my parents always told me to close the windows and doors when the air conditioning was running. I can hear my father’s words “Close the (insert adjective here) door/window, we can’t afford to cool the outside” ringing in my head. After reviewing the available plans, the idea makes more sense because:

How the Sports Stadiums are Cooled

“Solar thermal collectors on the stadium roof will transfer and store energy which on match days will chill water, creating cold air that will be delivered into the stadium and on to the pitch through slots in the seats.”

“Stadium seats will be cooled using air pumped at the spectator ankle zone at a temperature of 18 C, ….The same air will also be projected from the back and neck area of the seats, ensuring that each seating row of each stadium provides maximum comfort and enjoyment to fans,”.

The point is that the stadiums will become power generators for the rest of the country when not in use. The additional energy can be used to help power infrastructural improvements lowering the overall costs.

There is considerable debate as to the true economic impact of hosting the World Cup. Some hosts have reported net losses and others have broken even. For Qatar, even more is at stake. The exposure from the World Cup will put Qatar on the map for tourists and travelers alike.

To make the most out of the exposure the country needs to ensure it has a modern infrastructure including: transportation, facilities and beaches. Even if tourism doesn’t increase, this tiny nation will have upgraded many of its assets with the blessing of the public.

It would be difficult to imagine that all the stadiums will remain in use as sports facilities after the World Cup. The nation is simply too small to justify keeping them all in good working order. The ability of asset managers to employ best maintenance practices will determine the useful lifecycle of the stadiums as well as their ability to generate/convert power after the games have concluded.

Qatar is an example of how temporary assets (stadiums) can be used to accomplish longer term goals (modernization of infrastructure). The definition of temporary versus permanent may depend on the industry, setting or to the level of care they are given. An upcoming post will take a closer look at some of the pros and cons of a temporary versus permanent asset management strategy for schools, universities and governments.