Will Natural Disasters be the Spark for Better Asset Management 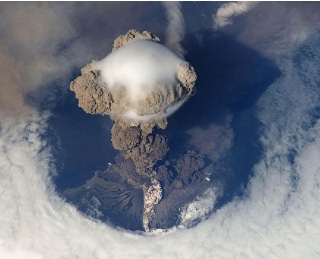 Have you ever wondered why it takes a disaster to get the attention of business and government leader’s attention? We all know that always conducting operations in a reactive mode is more than just a little short-sighted because it usually results in unnecessary cost. So why do so many industry leaders (government is an industry) wait until a disaster occurs before they react?

The Impact of Natural Disasters on Asset Management

The unfunny thing is that no one pays attention to asset management unless the natural disaster happens to them and affects their business or shuts them down. Not surprisingly, the saddest part is that most industries seemed doomed to repeat their mistakes because they think that natural disasters are a one-time event and remain unprepared. One of the solutions is enterprise asset management but more on this later.

The Impact on Business Operations

The cost to industries of not being prepared for natural disasters extends far beyond the physical dollar damage to assets and inventory. Additional costs include; loss of life, lost production, unplanned shutdowns, lost revenue, lost clients, disruption of services and a tarnished reliability image. No amount of business insurance can cover this.

Perhaps even more important is that natural disasters can affect wide geographical areas resulting in major repair efforts to restart or normalize operations. Perhaps the best example in the USA of this are the millions of homes and businesses across the Mid-Atlantic and NE States that lost power or had communications disrupted during Hurricane Irene.

On a global basis, the worst natural disaster in 2011 was the Japan earthquake which on top of all the physical damage and tens of thousands of lost lives also resulted in major nuclear
power plant crisis that is still being cleaned up today.

No Industry is Exempt

A quick recap of notable natural disasters in 2011 shows that natural disasters are actually quite common and that no industry is exempt from their effect. For example, Hurricane Irene may have received a lot of attention for power outages as well as the flooding it caused, but it also impacted schools, governments and disrupted almost every industry within the geographical area.

The table below highlights some of the natural disasters that occurred in 2011 so far.

There is no easy button for avoiding damage from a natural disaster because except for Hurricanes there is really not much warning. However, even a small window of warning is an opportunity to execute emergency maintenance plans.

Since speed is of the essence an EAM CMMS system should be in the arsenal of every industrial operation from government (Federal/State/Local) response teams to plant management needing to shut down operations quickly. An EAM CMMS is the tool of choice because the CMMS core will increase the speed of performing inspections, shutdowns and restarts.

In addition, the EAM features including document and contract handling provide safe and secure storage of critical information for quickly contacting vendors as well as making sure asset managers know the location and condition of their assets before, during and after the natural disaster.

Examples of an EAM CMMS in Use for Natural Disasters

There are three components for asset managers to consider for a natural disaster. They are the time prior to the event, during an event and after the event. Each requires different forms of asset and maintenance management as demonstrated below:

As mentioned above, for some events such as earthquakes there may be very little warning. Fortunately, when implemented properly an EAM CMMS solution gives organizations a head start to any emergency planning because they will always know the condition of assets at any given point in time.

One can see from the charts below that natural disasters are actually quite frequent and can strike anywhere. 2011 has been a terrible year for our nation. Should 2012 be similar, it makes sense to determine the EAM CMMS ROI today.

I would like to make a special point that this post was not designed as a “scare post” to buy an EAMCMMS system, it is simply meant to inform business and government leaders that there are tools available that can minimize the economic losses through the quick assessment of damages.