What is the Future of CPE Management? 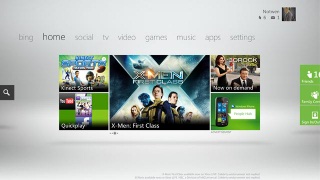 The release update of the XBOX Metro should raise the eyebrows of cable MSO executives for several reasons but none more important than the inevitable impact on the long-term future of CPE management.

The Xbox is already a media center allowing the download of video and music as well as stream content from home computers. The new update to Xbox Metro contains features such as remote control of the Xbox for Windows phone users and the ability to queue content for the TV.

It is the last part (content for the TV) that is important because Xbox has entered into agreements with over 40 content providers. Some of the content lined up is/will be coming from:

The advancement of the Xbox will certainly generate future content wars (remember that Comcast purchased a 51% stake in NBC Universal) and could well provide Microsoft the foothold they need to become the dominate operating system for home consoles.

“The Justice Department and five state attorneys general … have reached a court settlement allowing the companies to proceed with their combination, subject to conditions intended to preserve competition among TV providers…. regulators are requiring Comcast to make NBC programming available to competitors such as satellite companies, as well as new Internet video services that could pose a threat to the company’s core cable business.”

There is no doubt that internet and WiFi access will become increasingly important. But whether or not the traditional cable TV subscriber remains a viable market segment or is replaced with the profits from content control/production is yet to be determined. However, these discussions are beyond the scope of this article.

How the Xbox changes CPE Management

Why is the Xbox important to customer premise equipment CPEmanagement? The use of the Xbox for content makes the Xbox and subsequent generations of consoles including Apple TV, a natural replacement for the set-top boxes currently being used by most cable subscribers.

At the heart of all cable operations is the management of CPE. CPEincludes set-top boxes, cable, fittings, connectors, remote controls and everything else used to connect cable services into homes or businesses.

Cable MSOs across the nation have warehouses filled with millions of CPE inventory that is currently being managed with cable warehouse management systems that handle everything from distribution to repairs and serialized reconciliations.

The good news is cable MSOs have a decade or so before CPE management for set-top boxes becomes a more minor part of operations. What is unknown is how much CPE (new media center consoles) cable MSOs will be involved with. Certainly cable MSOs will need to be able to provide a media center/set-top box to some subscribers but how many is undetermined.

Logically, cable MSOs will be able to breathe a sigh of relief when CPE theft and hub and spoke distribution systems no longer have the same operational significance. Instead the opportunity for cable MSOs will be to raise the skill levels for installation technicians and customer service support staff.

Subscribers will want their connected services to be programmed for all their media center consoles. Installation technicians and customer service representatives will need to be Windows proficient as well as be able to troubleshoot a variety of application issues.

As the technological complexity increases, new arrangements will need to be made for media center console support. My instinct tells me that subscribers lose access to content they will either blame Microsoft or the cable MSO. Without clear cut responsibilities between cable MSOs and Microsoft, subscriber issues may open the door for one-stop solutions and competitors.

What this all means is that cable MSO executives should be formulating an exit strategy for CPE management. Their exit strategy should include:

Tell us your thoughts on how the Xbox or Apple TV will affect how cable MSOs conduct future operations. Please take the time to complete the short survey below. We will email you back the results