What Does Mobile TCO Really Mean 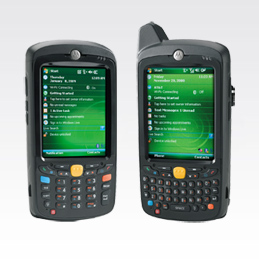 Sometime ago, I wrote an article about making sure the selection of EAM mobility options took into consideration durability, reliability, ease of use and the technology platform. Now, a recent study by the VDC Research group provides greater detail why understanding mobile device TCO is critical to maintenance operations as well as achieving the ROI for your investment in an EAM system.

To understand why the TCO is so much higher for consumer grade mobile devices you first need to understand the components of TCO. TCO for mobile devices is composed of hard costs and soft costs. Hard costs generally include the purchase price and cost of maintenance contracts. Soft costs include support time, lost productivity and device maintenance.

“Replacement costs only tell a small part of the TCO story because the purchase price of a device accounts for less than 30 percent of its total cost of ownership. Lost productivity when devices fail costs businesses more than the price to repair or replace them.”

Ruggedness/durability represents the ability of mobile devices to withstand shock, water, dust and use damage. True rugged and durability ratings can be found on commercial devices that describe their Ingress Protection (IP) rating. IP ratings are used to define certain levels of ruggedness and durability. For example, no warehouse or distribution center should be using a mobile device rated less than IP54. In another example, Mintek just set up a client in a Port that required a IP rating of 67 for their handheld devices.

Every time a device fails, is taken out of service to receive a software update or replaced is lost productivity. According to the survey, on average mobile workers lose 75 minutes each time there is an issue with their mobile device. How many inspections or “Device failure remains a critical issue for mobile computers with annual failure rates often exceeding 30 percent….Lost productivity is responsible for nearly half of the total cost of ownership for mobile devices, and a variety of other factors account for the other half.”

The Software and Support Difference

The second highest soft cost for mobile handheld devices is the costs of software and support. As described in our prior post, consumer grade mobile devices don’t last long if used in commercial applications. In addition, smart phones and PDAs etc. are often discontinued which can leave organizations trying to manage, update and support various brands and operating systems.

TCO factors may vary by industry such as manufacturing, cable or retail as each industry has different applications. However, in general other TCO factors include but are not limited to:

In summary, failure to pay attention to TCO for mobile handheld devices may cost an organization 2-3 times more per device than they planned. Just like the concept of preventive maintenance, you can pay a little more now or a lot more later. Most importantly, the use of poorly constructed mobile devices work against the labor cost savings that an EAM system will bring.