What City Will Be The Next Atlantis? 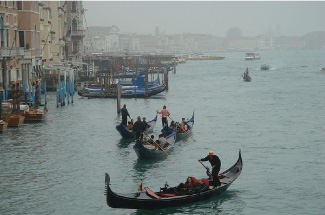 Some of the world’s most famous and heavily populated cities have been sinking at rates ranging from 1/2 inch to 8 inches per year over the last 100 years. Preventive maintenance can’t stop the sinking but making sure municipal water utility infrastructures are properly maintained may be able to slow down the progression.

There are literally hundreds of cities globally in danger of sinking. There are estimates that in China alone there are 46 major cities that are sinking. Cities identified as being underwater within the next 100 years include 3 U.S. cities. The cities in the greatest danger are ranked from 1 to 7 with 1 being the worst danger scenario.

Just so we are all on the same page, 2 inches per year = 1 foot every 6 years. A 6 foot tall person would be completely underwater halfway through their lifetime. If allowed to continue unabated for 1000 years, these cities would sink 166 feet or approximately the height of a 15 story building.

There would appear to be two major reasons why these cities are disappearing. The first reason is rising sea levels. Regardless of whether or not you believe in global warming, sea levels are rising. A city does not have to be on the coast to be affected as rising sea levels will push on low lying cities that border rivers.

The second major contributor to sinking municipalities is sediment compression, which is entirely man-made. Sediment compression can result from any number of factors but in the cities mentioned above the cause is either excessive groundwater pumping undermining the cities foundation or too much concrete on soft soils like clays.

Going back to my Geology days, sediment compression occurs when the fluids that flow in the substrate are removed causing the soil to compact. Depending on the location of the bedrock the soil may continue to compress for several meters to hundreds of meters. The weight of the buildings in each city can increase the compression rate.

Each city is different but coastal cities built on Deltas (soft mud) are more likely to be affected by compression and city weight issues.

What Does This Have To Do With Preventive Maintenance or Enterprise Asset Management?

Preventive maintenance no matter how good it is will not stop the sea levels from rising nor will it stop poorly managed cities from pumping their water table dry. Where preventive maintenance can help is to make sure that water utility assets are functioning in the most energy efficient way, with the fewest leaks.

Plugging the water leaks will reduce the amount of water that must be pumped to meet municipal demands. In some cities, leaks in the municipal water infrastructure account for over 20% of all water pumped. For example, Rochester NY loses 24% annually, Philadelphia loses 33% and Buffalo, NY loses 41% of its water.

Leaks can be found using detection devices or as part of scheduled preventive maintenance (inspections and work orders). Miami FL fixes over 1400 leaks annually. The key is fewer leaks = less wasted water = less water pumped = slower soil compression. Municipalities can find the leaks faster using the inspections features of a water utilities CMMS and then schedule their repair in a more efficient as well as economical fashion.

In a nutshell, an EAM system gives municipal asset managers the tools they need to review maintenance history, perform a capital budget analysis and then plan accordingly. This will lower long term costs as well as reduce water lost from unexpected water line breaks because aged pipes will be replaced on a more timely basis.

Is your city sinking? Tell us how you are reducing unnecessary water loss. If you enjoyed this article you may also like reading: