The New Charter Acquisition and the Naysayers 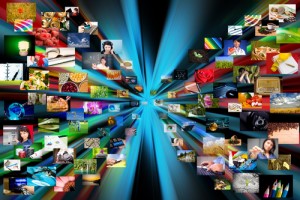 Charter stockholders, TWC stockholders, and several other organizations were raving of their support of the New Charter proposal weeks back, and now opponents of the transactions are bombarding the FCC with comments that argue the merger should be turned down.

The National Association of Broadcasters (NAB) kicked things off with a petition to the FCC asking them to hold the merger applications “in abeyance” until the Commission has reviewed and reformed existing media ownership rules.

Dish Network then threw in their concern suggesting that Charter’s bid for TWC and Bright House should be denied by regulators for the same reason that Comcast was turned down, which was it wasn’t in the public’s best interest. Dish Network explained the merger would hurt or destroy online video rivals, including Sling TV, through the New Charter’s control over the broadband pipe.

The third argument came from AT&T arguing that further consolidation of the cable industry could be damaging to the competitive landscape. AT&T was careful when filing their claim against the merger to the FCC and stated,the Commission should review the transaction carefully and consider the impact of cable consolidation and coordination on emerging competition.

The merger decision is dependent on the FCC and what they feel is best for the consumer. The biggest concern of all three opponents above revolves around a potential monopoly; the ability to control all spectrum’s of consumer usage, including service, content, delivery, and streaming; the idea that three companies owned under one roof could control all public interest is scary for any competitor not in that circle.

Cable companies need to keep themselves relevant and offer competitive pricing and options for consumers, so they don’t fall fault to one company.

The New Charter also needs to stand behind its mission to provide consumers with the wants they are demanding, which keeps them in the front line for approval from the FCC.

The New Charter Can Deliver

Charter should continue to stay on its direct course which at the time seems to be boding well with the FCC despite the controversy over the last couple weeks. Charter is aware of consumer change in the digital space and is adjusting accordingly to capitalize on that change.

It is interesting though looking at the cable map because, according to the National Telecommunications and Information Administration,if the New Charter deal goes through, the combined company would have more than 23 million customers, close to Comcast’s 27 million—the largest customer base in the industry. The new Charter would cover almost twice as much wired broadband territory as Comcast, with nearly the same number of potential customers in its coverage area.

However, both Time Warner Cable and Bright House serve areas with nearly twice as many customers per square mile as Charter. Considering that it is cheaper and easier to deploy broadband in areas with high population density, that could make a difference for the combined company as it fights for the top spot in the industry. This is just another way Charter can try to catch up with the leading dog in the race, Comcast.

Let the games continue to play out, and let the best player win.