The Emergence of the Water Mafia U.S.A. Style 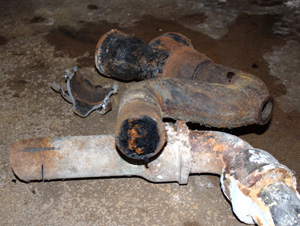 A couple of weeks ago, I wrote an article about the potential of a water mafia to develop in California, Texas and other parched states. Now it seems my prediction is coming true and States must come to a quick decision.

The Water Battle is Now Under Way

The real question now is will States have the courage and fortitude to stand up to the super rich that are fueling the move toward anarchy and growth of the water mafia?

The first public battleground will be in the State of California. News stories already indicate that a black market for covert water deliveries is already flourishing for the ultra-rich in California.

The water from unknown sources is available to the ultra-rich who can afford to pay 10 times the going rate and up to $15,000 a month for water.

Why California is at Great Risk

It is not just the drought that is causing the water mafia in California to blossom. California has 440 water districts and with some smaller cities having numerous water boards. In contrast New York City (Pop. 8.5 million) has one water board. The sheer number of interested parties have not worked together to find a solution for all.

Another and more contributing reason for the rise in the California water mafia is the ease of stealing water. From easily accessible and unmonitored fire hydrants to illegal siphoning from municipal pipes, all someone needs to steal water is a hose or an illegal water line tap.

Because water infrastructures are so old, distinguishing between theft and a leak is almost impossible. Consider the following statistic.

“Aging water pipelines tend to rupture at a rate of 35.9 breaks each year for every 100 kilometers. For newer pipelines the rate is more than three times lower. Corrosion damage (internal and external) is recognized as a major mechanism contributing to pipeline breaks.”

What Can the State and Local Water Boards Do?

There are a couple of things that California can do to minimize the pain of the drought and get a handle on the burgeoning water mafia. These include:

These are not the only options for stifling the water mafia but they are a start. Unless California wants to find itself in the situation that major cities in India and Pakistan are already mired in, their action must start now before desperation sets in and a disaster takes place.