Tesla Battery and the Impact on Facilities 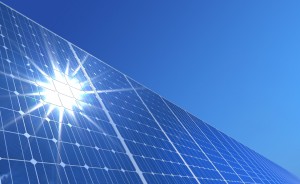 Elon Musk, CEO of Tesla, stated in last weeks revealing of their new line of electric storage batteries, that we have this handy fusion reactor in the sky, called the sun…that produces ridiculous amounts of power , and his point is why aren’t more people capitalizing on this? Well, he is.

His announcement of the Powerwall is changing the way electric companies, businesses, and even homes are going to look at the future of energy. Elon Musk also introduced his new wing of the company, Tesla Energy. The goal is to allow people to use an alternative and more sustainable energy source through these and ultimately save on cost. The batteries are designed to harness that energy during the day and extend that solar power into the when most consumers need it.

The biggest question people were inquiring about was the price. The Tesla’s Powerwall is designed for the home user and cost ranges between $3,000-$3,500, plus installation, while the commercial batteries, known as the Powerpacks, are sold for about $25,000 a block. Most of Tesla’s battery revenue will be coming from utilities, and they have currently received reservations for about $625 million from businesses and utilities that want to move forward with the transaction. These units will not be delivered until the summer though.

The goal is to allow consumers to have a choice when it comes to energy usage. People living off the grid looking for an alternative, home owners looking for a way to lower their energy bills, and even commercial businesses, such as Walmart, who is currently testing out solar panels, the ability to save loads over time using a Powerwall. Elon Musk mentioned,the new batteries will help speed the energy transition worldwide. It is going to be a great solution for people in remote areas of the world.

Believers and Partners of Tesla

Now, with the change in ways consumers could be getting their energy, what does that mean for the rest of the players in this space? Analysts have mentioned that power companies will have to face and adapt to survive within a changing electricity market in the U.S. during the next decade; it is undeniable and likely unavoidable. If consumers could “unplug,” per say, from the local power companies by putting up a couple powerwalls within their garage that could last them for years, would they do it? That remains the question and the answer could depend on the delivery of service once the project is launched in a few months.

One partner that is already on-board with them is a solar power company called, Sunrun. They are collaborating with Tesla Motors in order to expand access to renewable energy systems for homeowners access, and as part of that agreement, AEE Solar, a distributor of solar products and a unit of Sunrun, will be adding the Powerwall to their line of energy storage offerings for home use.

With the expansion of Tesla in the energy sector, initially the batteries will be manufactured in the company’s California location, however starting in 2017, they will move production into their new factory in Nevada; this facility will be the,largest producer of lithium-ion batteries in the world, and it is hoped its mass-production scale will help to bring down costs even further. Tesla has also mentioned that they will be working with other facilities to install these devices.

Road Ahead for Facilities

For facilities, maintenance and management will be key aspects in figuring out ways to make these products better, more efficient than their current states, and also ways of monitoring their progress. Below are indicators to consider when choosing the right facility operation.

There are many ways to manage your facility, but if done properly, there should only be a few ways it is done correctly. By incorporating the above tools into your business, you can operate at the level of major corporations and industries, like Tesla.