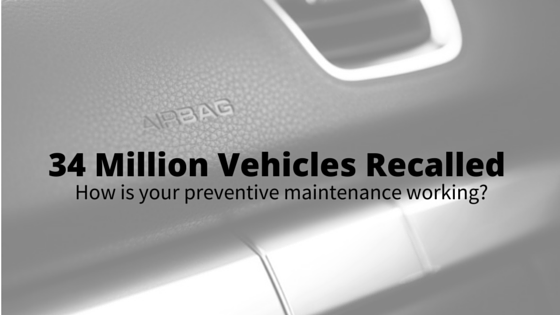 Earlier this week, Takata announced their plans to boost production of parts needed to replace the inflators that could potentially spray metal shards on passengers. Takata has doubled its recall to 34 million vehicles that have been affected by this problem, making this the largest automotive recall in U.S. history. Investigators are still trying to uncover the root cause of the defect that has now killed six people.

A Takata spokesman mentioned, the company would raise output to 1 million inflators a month by September, an increase of 100,000 parts from the previous forecast and up from the current monthly level of 500,000. An administrator for the U.S. National Highway Traffic Safety Administration, NHTSA, said this completion could take several years to complete. The first order of business is figuring out who gets the replacement parts first, and as probably expected, older vehicles and ones that are in higher-humidity regions will be the first to replace.

The inflators have been found to explode with too much force, causing metal fragments to explode inside the cars causing harm to the driver; this infraction has actually made automakers recall more than 53 million vehicles worldwide since 2008. Some of the top car brands that have been affected by this incident include Honda, Toyota, BMW, Dodge, Ford, Nissan, and more. Since the announcement, Takata shares have declined by 10.2 percent; a day after the company announced the recall.

Starting back in August 2014, an inspection was performed on Takata’s Mexico plant, and this was prompted by Takata’s problems complying with a self-management program on health and safety in the workplace.

Then in December 2014, documents were made that Takata had identified flaws in manufacturing and quality control at their Mexico plant, as well as, two U.S. factories that contributed to the airbag problems.

Production of replacement kits already in the works to increase in January 2015 to 450,000 a month, and the Mexico factory was responsible for supplying all of the kits for the U.S. So far, the company has made 3.8 million replacement kits.

Changes to the way a car owner maintains their vehicle may be put into place with the recent incident totaling 34 million vehicles affected by Takata Corporation. Japan automakers are in discussion whether drivers should regularly replace the chemicals used to inflate safety devices. Drivers may need to start having these chemicals switched out because of the spoiling over time. According to reporters, Takata’s regulatory filings and patents reflect concerns about the stability of ammonia nitrate, the chemical used as propellant to inflate its airbags.

The company is investigating flawed manufacturing practices, as well as, figuring out if the chemical’s exposure to too much moisture is causing it to spoil too quickly.

With recent discoveries showcasing flaws in the manufacturing sector of Takata, one might ask, how were they managing their assets? When performing tasks, what steps were they taking to show these airbags were in fact secure to be put into vehicles? Are there better ways to potentially predict if your assets will fail?

Preventive maintenance performs actions on a machine-run based schedule that detects degradation of a component or system with the hope to sustain or extend the life through controlling degradation to an acceptable level. If the airbags were monitored to show the spoiling was off, this may have reduced the recall of vehicles.

Below are advantages to having a stable preventative maintenance management system in place.

Takata currently has taken a net loss of $244 million for the fiscal year; Takata does not only deal in airbag manufacturing but within many components of automotive parts. This one issue could set the company back, and the question to ask, can your company take the chance of losing that much because your maintenance and manufacturing was off?