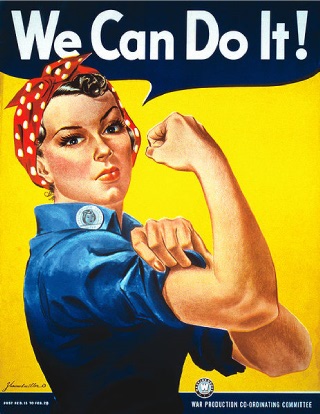 By now the whole world knows Detroit is a snapshot of a zombie apocalypse. The city’s plight is actually attracting tourist curious to get a glimpse of what the end of the world looks like. City and government leaders have to make some quick and well thought out decisions to save what is left of the Detroit’s infrastructure including facilities and historic landmarks.

It is has been estimated that there are over 95,000 abandoned homes, 85,000 abandoned facilities and 90,000 vacant lots in the Detroit area. This includes schools, government offices and factories, many of which pose a safety threat to the residents still in town.

Sadly, as Detroit decays it is losing some of our Nation’s history with it. Detroit is a city with a long history as an international gateway for commerce and played a critical role during WWII as the factories churned out bombers and other vehicles for the war effort.

It is also the birth place of significant societal change, most notably it was in the Detroit factories that Rosie the Riveter was propelled into the national spotlight as proof that women could do a man’s work. Her efforts and image became an iconic symbol of female empowerment.

The Willow Run factory in Ypsilanti, where the legendary B-24 Liberator bombers were made, was closed down by GM in 2010. Although fundraising efforts to save this part of history and underway, organizers have only until October 1, 2013 to come up with the needed funds.

Other assets have not been so lucky; the Michigan Central Depot, modeled after the Baths of Caracalla (same designer as New York City’s Grand Central Terminal), has stood in disrepair for several years. This once glorious facility symbolizes Detroit’s decay.

Detroit’s leaders are obviously faced with a tremendously difficult challenge. With a decimated tax base, out of control crime, and the highest major city unemployment rate (23.1%) in the nation, city leaders must decide what facilities can be saved, demolished, recycled or forgotten as well as how they can minimize the decay.

The reasons for this quagmire are all irrelevant at this point except for one!!! Detroit’s leaders have a long history of passing the buck to the next administration. The facility issues facing Detroit can’t be passed forward anymore. It is not a problem of the future because the future is today and action needs to take place now.

How can the city get a handle on the facility problems covering 139 square miles (big enough to fit Manhattan, San Francisco and Boston inside)? The solution starts with a plan and computerized maintenance management software(CMMS). No, it is not a sales pitch. A CMMS system is probably the only realistic method to collect the large volumes of data necessary so that city managers can:

Without CMMS, trying to capture all the data or begin effective maintenance is just an exercise in futility. A CMMS system almost forces the different parties/communities to start working together for a better Detroit. More importantly, the results can be tracked and published for public review.

A CMMS system is only part of the solution. It provides decision makers with the core information they need in order to create a an action plan for asset management. Asset management plans should be well thought out and include objectives, implementation details and methods for measuring success.

Yes, it is going to cost money to start the process. But the ROI can stem Detroit’s decay into oblivion. If Detroit is going to do things right this time they need to make an investment that is long-term. The investment is in people and technology, the return is huge labor savings, fewer repairs and longer lasting facilities.

No, CMMS is not the greatest invention since sliced bread, it is just a tool that if used correctly, will help organize facility care and help Detroit staff accomplish more even with fewer resources.

I feel for the people who remain in the Detroit area and tip my hat to the non-partisan professionals trying to save their city, landmarks and of course Rosie. Perhaps in time, Detroit can regain its position as a transportation and industrial center for the nation.