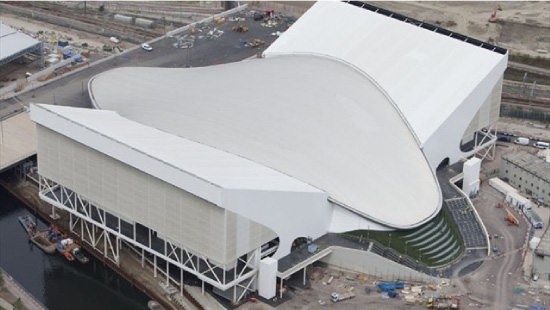 How the 2012 London Olympics will be remembered depends on your point of view. Athletes will remember their events, maintenance staff their thankless efforts and organizers will probably pat themselves on the back. But in the end, the people of the host countries will have to deal with a legacy based upon the infrastructure and facility planning skills of the government.

Over the course of the modern Olympic Games (1896 – 2008), the scope, costs and desire to put on a better games than the previous host has caused the cost of the Olympics to skyrocket. The average costs of the Olympics has risen from an average of $5.7 billion in the latter half of the 20th century to a ridiculous $40 billion plus for the 2008 Beijing games. The London Olympic costs has been estimated at $20 billion (and counting).

Even these costs are underestimated as they usually only include the cost of new sport stadiums and arenas but not the investment each country makes in infrastructure. As a result, almost every Olympic games has lost money with the most notable exception being the 1984 Los Angeles Olympics which made use of existing facilities and is considered the most financially successful ever.

Are the Olympics Worth the Costs?

At the end of the day the only question is Was it worth it? People with a strong sense of national pride will say yes but those who cannot see past the current global fiscal crisis will say no.

The real answer is always somewhere in between because there is a substantial amount of investment in both infrastructureand sports venues.

The investment that each country makes in infrastructure (subways, road improvements, housing, airports, utilities and communications) is critical to the development of the host country. This investment can be more than the actual costs of the venues.

On the positive side, infrastructure changes and improvements are always necessary for a country’s economy to grow and prosper. In addition, facility improvements offer the host country to make and/or keep long-term promises for sustainability and the lowering of carbon footprints.

On the other hand, a significant portion of the cost for hosting the Olympics is centered around the construction of new sports venues. Unfortunately, the history of the Olympics indicates that many of the new venues constructed will fall into disrepair or be abandoned within just a few years.

People have every right to question the building of new sports arenas if they will not be used and maintained properly throughout the average lifecycle of sports stadiums. To see this a little better, the following table is a summary of Olympic growth since the inception of the modern Olympics in 1896.

Despite the model set forward by Los Angeles in 1984, host countries seem to be driven more by the need to upstage their predecessor than by common sense. Costs escalate quickly and they almost always run at 100% higher than forecasted.

The Death of Olympic Venues

So what happens to all those new venues and improvements? More often than not, the sporting venues fall into oblivion. For example, just 5 years after the Athens Olympics, 21 of 22 stadiums were reported to be unoccupied.

Another example, the National Stadium built for the 2008 Beijing Olympic Games and used for the opening and closing ceremonies as well as track and field is rarely used. At an annual maintenance cost of $10 million it is only a question of time before it joins the Wukesong baseball field and shuts down.

Not all facilities go to waste, in some cases the facilities continue to be used for sporting events. Most notable are the stadiums used for football (soccer) which welcome the improvements. To attract football stars and games, top flight sports stadiums are a must.

The Water Cube used for aquatic events in Beijing is another example of a venue still in use. It has been turned into a massive indoor water park and with the help of government subsidies it breaks even.

Ultimately, the long term success of a venue will depend on the degree of asset and maintenance planning that has gone into its development.

What is in store for the 2012 London Olympic Assets

The U.K. like other governments before it, have attainable plans for most of the venues being used to host sporting events. Whether they will be successful or not remains to be seen. The government as well as the rest of the world is in the midst of a dismal economic period.

Maintaining these facilities until favorable economic conditions return will be a challenge without good asset management practices. To be successful these practices must include constant preventive maintenance and repairs.

If the facilities are allowed to deteriorate until a better time, then the costs of repairs will skyrocket faster than the costs of the Olympics. To avoid this sport facility managers should employ the use of an
EAM CMMS system which will not only keep a history of the work done but also schedule all work management.

Some of the out of London venues such as Old Trafford (Manchester United) and St James Park (Newcastle United) will continue to remain in use for their respective football teams. However, some of the remaining sports stadiums and arenas such as the Velodrome or Riverbank Arena will probably require a lot more planning to maintain.

With the closing ceremonies scheduled for August 12, we can only hope that the 2012 Olympic venues do not go the way of venues in Beijing, Athens, Moscow and Munich.