Not so smooth transition for Frontier 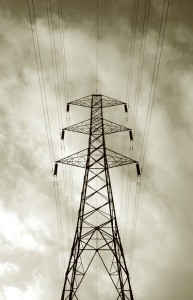 Frontier completed their acquisition of FiOS April 1st but the transition didn’t go as smooth as expected. Frontier took over Verizon’s customer footprint in California, Florida, and Texas and while that adds more than 1 million residential video customers and more than 2 million residential internet subscribers to their existing base problems occurred early and businesses and homes were not happy.

What happened the transition?

Customers throughout the region said they experienced lengthy Internet outages and others problems that continued on through Saturday.

Some businesses appeared to be hit hard with loss of service making it impossible to swipe credit cards, take online orders, or simply access the internet.

AT&T was also affected by the switch over when a service outage occurred last Friday affecting customer’s in the Tampa Bay area. A technical issue by Frontier caused the outage when a piece of equipment on the fiber-optic network was improperly set leading to the interruption for local and commercial customers.

Frontier issued an apology for the AT&T mishap by sayingour engineers coordinated with the local service provider to help expedite restoration efforts and we’ll continue to closely monitor the situation until it’s fully resolved. We apologize for this inconvenience.

Frontier couldn’t confirm on how many of its 500,000 customers in the Tampa Bay Area were affected but it was said to be relatively small. One ongoing problem that continued throughout the weekend was a disruption of video on-demand service.

Flynn mentioned the customer service line was 106 percent of what would be expected on a normal business day. He also explained that there is a tendency for people to blame everything on what happened in the first 24 hours. Personally, could you blame them?

Bright House Networks was said to be playing to their strengths over the weekend as their account representatives were fishing for new customers on message boards and asking if they needed new service or help on a weekend. There could be some upcoming rivalry between Frontier and Bright House especially with the pending Charter acquisition.

Frontier issued an apology April 4th stating that the result of the transition is not what they expected nor wanted and they apologize to their customers that experienced any issues. All major issues again were considered settled April 1st late and the video on-demand features are now available and they are continuing to devote resources to resolving outstanding issues.

This just brings up an interesting point in customer’s minds; will this continue to happen? Was it just a fluke? Customer’s don’t like to have their day interrupted let alone their livelihood affected by outages that could’ve cost companies thousands of missed dollars.Mishaps like these could cost Frontier new customers or existing ones especially with the New Charter coming into the foreground. You never get a second chance to make a first impression.