Limiting the Spread of the Ebola Virus with CMMS 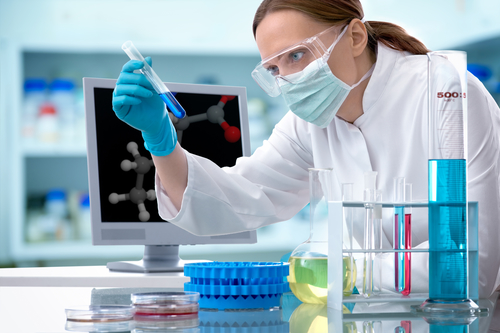 The deadly Ebola virus is in the news everywhere these days. Naturally, no organization wants to create a situation where they can be blamed for the spread of the disease or put their own employees in harm’s way. As a result, many organizations in the aviation, cruise line and hospital industries are scrambling to establish new policies and procedures in an effort to minimize the spread of the virus.

With widespread fear evolving at unprecedented levels the ability to quickly identify and contain the spread of the disease is critical. However, having the knowledge and equipment to do so is only as good as the quality of maintenance performed on the equipment being used.

How Deadly is the Ebola Virus?

There is a reason for the concern. The Ebola virus is the third deadliest disease known. Only untreated Rabies and HIV have higher fatality rates. It should be noted that there is no official cure for the Ebola virus.

Not only is the Ebola virus deadly but the graphic nature of those infected is the stuff of nightmares and horror movies. Clearly it is in everyone’s best interest to get the outbreak under control and find a cure as soon as possible.

First let me say that that there is a lot of unnecessary fear associated with Ebola outbreak. Some of the fear borders on absolute paranoia such as the closing of schools because someone was on the same cruise ship as someone that was once near an infected person or quarantine areas where someone has vomited. The list goes on but the point is that public fear is forcing some organizations, industries and governments to react.

For example the World Health Organization (WHO) has issued an update for Airlines and cruise ships have updated their procedures and Universal Precautions Kits.

In Texas where the first U.S. case was diagnosed on September 30, 2014 the Governor has announced two new bio containment facilities to combat the outbreak.

These bio containment units have assets ranging from inexpensive gloves to pricey, state of the art monitoring, diagnostic, filtering and sterilization equipment.

Brand new equipment is great but it is only as good as the quality of maintenance behind it. Much like Space programs, it only takes one mistake, one leak, one failed piece of equipment to put many at risk.

Granted new equipment is supposed to be in optimal working condition. But without properly scheduled preventive maintenance and inspections it is unlikely to stay that way.

Although some hospitals use CMMS to help manage their maintenance needs, many do not. This is unfortunate as a hospital CMMS would ensure that Administrators:

The bottom line is that reacting to the threat of the Ebola virus is not just a question of throwing money, equipment and technology at it. These front end reactions are unsustainable if ongoing maintenance is not planned to go with it.