Lessons Learned From The Earthquake Tragedy In Haiti 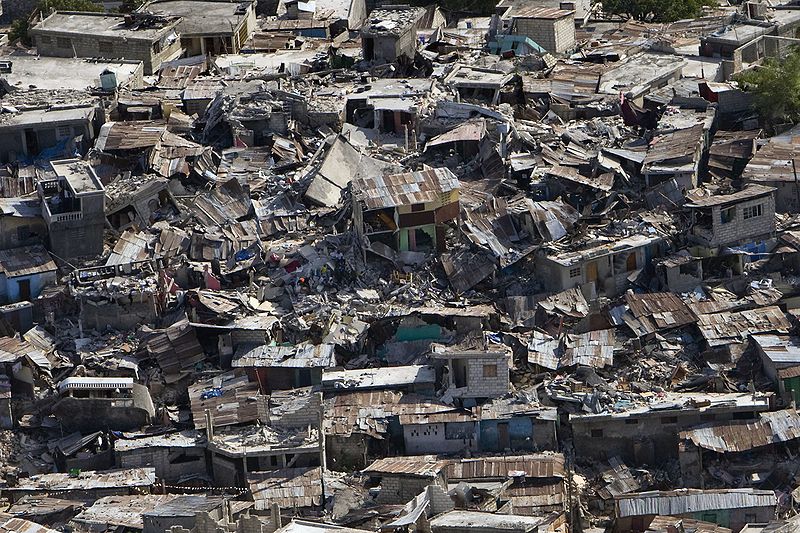 On January 12, 2010, an earthquake of magnitude 7 on the Richter scale struck Haiti with devastating consequences. The nation and the world have mobilized to help Haitians with support. Our hats are off to the many fine organizations such as the Red Cross who come to the aid of others. From an engineering, the geological and industrial viewpoint the question that must be asked is how ready are we for earthquake damage?

Due to nearness of the epicenter, the damage to Haiti was catastrophic. But in order to understand how damage occurs we shed some light on the causes of earthquakes, their frequency in nature, the type of damage they cause and what if anything can be done to minimize the effects

The cause of earthquakes is the shifting of enormous amounts of rock below the surface. Generally speaking, the land masses of the world (surface or underwater) float on what are called tectonic plates. Where these plates come in contact with each other there is a continual buildup of pressure. Eventually the plates slip or fracture causing a release of pressure and a movement of rock. Over time these fractures may become buried or inactive but as any engineer will tell you – “A Crack is a Crack” and a structural defect that will eventually break again. The Haiti earthquake was a result of the Caribbean and North American tectonic plates slipping past each other. Haiti is dead center on ancient fault lines.

The frequency of earthquakes may surprise some people. There are approximately, 10,000 earthquakes occurring each day although the vast majority are never felt as they rank less than 2.0 on the Richter scale. In the last week alone there are 206 recorded earthquakes in North America including measurable quakes in AK,OK,ID,OR,CA,and HI. According to Wikipedia, each year there are over 20 earthquakes a year as strong the one that occurred in Haiti.

The damage done by earthquakes is a result of a combination of factors. These factors include:

How Earthquakes Cause Damage

Damage from an earthquake can obviously be catastrophic. Fortunately, earthquakes of magnitude 7 or more do not happen very frequently. The initial damage from an earthquake is a result of the shock waves (P and S waves)traveling through the ground. These waves literally ripple the ground and can shake buildings from side to side, bounce them up and down, uproot or snap the top off of trees, cause mudslides, avalanches, and tsunami’s if the earthquake occurred under water. Additional damage is done by aftershocks which are usually of less magnitude but can be very damaging to equipment and structures weakened by the initial earthquake. But the most devastating damage often occurs later in the form of fires from ruptured gas lines, floods from demolished dams etc…

Minimizing the impact of earthquakes is a question of planning. Smaller earthquakes may simply shake a building a little bit. However after each earthquake inspections need to take place to locate cracks, loose fittings, loosen roof tiles and any other pieces of equipment or assets that are sensitive to vibrations. This form of preventive maintenance can reduce aftershock and subsequent quake damage.

“The risks that earthquakes pose to society, including death, injury, and economic loss, can be greatly reduced by (1) better planning, construction, and mitigation practices before earthquakes happen, and (2) providing critical and timely information to improve response after they occur.”

With larger earthquakes emergency plans must be in place that include the immediate inspection and repair of structures and assets such as broken gas lines, dams, buildings, utilities, mines, hospitals and schools. Regardless of the size of the earthquake, an EAM or CMMS system can help municipalities and governments be better prepared to handle and track the repair and replacement work following an earthquake.

Special Note – just before this went to publication Haiti was struck by a series of powerful aftershocks, the largest measuring 6.1 on the Richter Scale. New damage reports have yet to come in.

Tell us how prepared your local and state governments are.