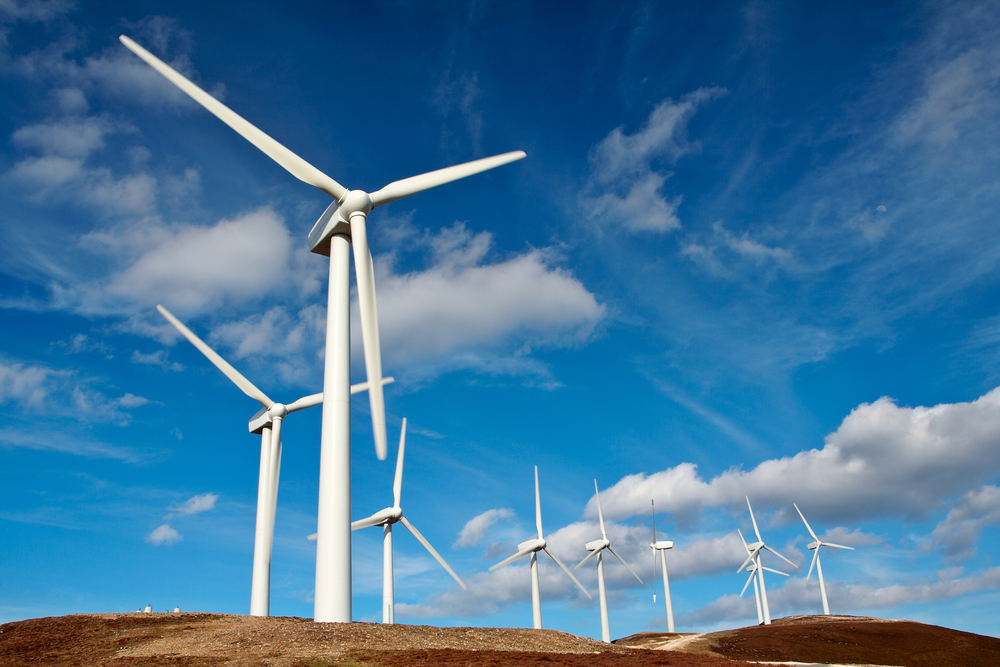 With 80-90% of the world’s energy consumption coming from fossil fuels (oil, gas, coal, wood) it is imperative that we try to make our energy consumption more efficient as well as find new sources of energy. Because of the dependence on fossil fuels, our government has set aside billions of dollars in through a series of stimulus packages. Increasing energy efficiency with an EAM system combined with the development of alternative energy  can only help to reduce our carbon footprint. One of the alternative sources being developed is the harnessing of Wind energy. With that in mind, we have a special guest author today who will share some of her knowledge on Wind energy and applications.

The following article is a guest post from Mary Jones

Wind is a result of the uneven heating of the Earth by the sun and the fact that temperatures will always be attempting to reach an equilibrium (heat is obviously moving to a cooler area). With the rising expense of energy and the damage to the environment from non-renewable fuels, it is starting to be equitable to harvest this renewable resource.

The benefits of wind energy are that it is virtually free (once you buy the equipment) and there is no pollution. The disadvantages include the fact that it’s not a constant source (the velocity varies and many times it is insufficient to make electricity) and it typically requires about one acre of land.

The amount of power that can be found varies by wind speed. The total amount available is termed it’s power density which is measured in watts per square meter. For that reason, the U.S. Department of Energy has separated wind energy into classes from 1 to 7. The average wind speed for class 1 is 9.8 mph or less while the average for a class 7 is 21.1 or more. For effective power production, class 2 winds (11.5 mph average speed) are often required.

In general, wind speeds increase as you get higher above the Earth. That is why, the typical turbine is a part of a tower at least 30 feet above obstructions. There are two basic kinds of towers used for residential wind power systems (free standing and guyed). Free standing towers are self supporting and are usually heavier meaning they take special equipment (cranes) to erect them. Guyed towers are supported on a concrete base and anchored by wires for support. They typically are not as heavy and most manufacturer’s produce tilt down models which can be easily raised and lowered for maintenance.

The kinetic (moving energy) from the winds is harnessed by a device called a turbine. This turbine includes airfoils (blades) that capture the power of the wind and use it to turn the shaft of an alternator (like you have on a car only bigger).

There are two basic kinds of blades (drag style and lifting style). We all have seen pictures of old windmills with the large flat blades which are a good example of the drag style of airfoil. Lifting style blades are twisted rather than flat and resemble the propeller of a small airplane.

A turbine is classified as to whether it is designed to be installed with the rotor in a horizontal or vertical position and whether the wind strikes the blades or the tower first. A vertical turbine typically requires less land for it’s installation and is an improved option for the more urban areas around the globe. An upwind turbine is designed for the wind to impact the airfoils before it does the tower.

These units ordinarily have a tail on the turbine which must keep the unit pointed into the wind. A downwind turbine doesn’t need a tail as the wind acting on the blades tends to maintain it oriented properly. These turbine systems would be damaged if they were to be allowed to turn at excessive speeds. Therefore, units must have automatic over-speed governing systems. Some systems use electrical braking systems while some use mechanical type brakes.

The output electricity from the alternator is sent to a controller which conditions it for use in the home. Using residential wind power systems requires the home to either remain tied to the utility grid or store electricity in a battery for use when the wind will not blow sufficiently.

The Expense of Wind Energy

Small residential wind power turbines can be an attractive alternative, or addition, to those people needing over 100-200 watts of power for their home, business, or remote facility. Unlike PV’s, which stop at basically the same cost per watt independent of array size, wind generators get less expensive with increasing system size. At the 50 watt size level, for example, a small residential power wind generator would cost about $8.00/watt in comparison to approximately $6.00/watt for a PV module.

This is why, all things being equal, Photovoltaic is more affordable for very small loads. As the system size gets larger, however, this “rule-of-thumb” reverses itself.

Energy Efficiency and an EAM

You might be wondering what Wind Energy has to do with asset management and why we have included this article on our blog. We regularly write about energy efficiency and how proper EAM work managementcan improve the performance of energy consuming equipment such as utility turbines, HVAC units, chiller etc. Any asset that relies on energy conversion needs to be maintained. This is especially true for alternative energy sources where every incremental loss of energy efficiency can increase the costs per watt.

Tell us how your organization is improving energy consumption. If you liked this article you may also enjoy reading: