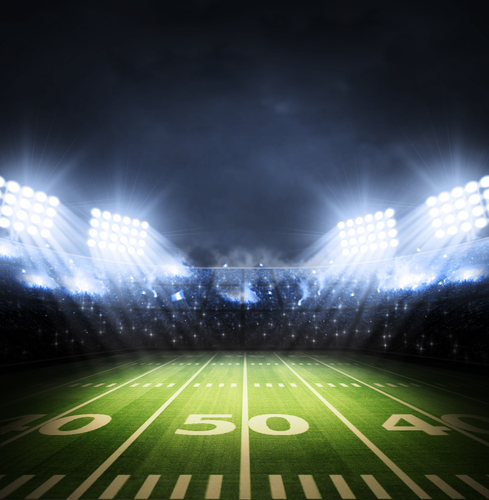 Super Bowl Sunday is about to kick off this weekend, February 7th, and some football enthusiasts want to know is the newly renovated stadium ready to withstand the game against the Carolina Panthers and Denver Broncos?

NFL Field Director, Ed Mangan spoke to reporters last week about the field preparation for Super Bowl 50 at Levi’s Stadium in Santa Clara, California. This is his 27th year working the Super Bowl, and he oversaw the installation of the brand new field earlier this month.

The 75,000 square feet of grass from West Coast Turf was in place January 12th and a crew of about three dozen workers have been mowing, painting, and protecting the field ever since.

The field had to have some adjustments throughout the season as the turf wasn’t holding properly, and the league had given Ed Mangan lots of questions regarding the field’s transformation, and he said that for the most part it had been holding up in pre-game and game day events.

Mangan stated, It’s not just the game we’re preparing this field for. It’s all the activities that are going to be on this before the game. You’ve got your pre-game, your halftime shows. They all get time on this field beginning this weekend.

So, how much has field preparation costed the 49er’s?

The total cost of renovation for the new stadium that opened in 2014 was 1.3 billion. This cost accounted for new seats, parking, exit lanes, over 100 Wi-Fi access points, the largest bandwidth in any NFL stadium, new concession stands, new score boards, and of course a new field.

It is estimated that stadiums who use grass instead of turf pay 5,000 a year compared to the 52,000 for turf installation, so the original installation of grass may have been cheaper for Levi’s Stadium, however the cost of replacement and adjustments is not cheaper overall.

The field has had its fair share of hiccups and a couple being in October of 2015 where sod game up during a Raven’s game, and also during pre-season 10,000 fans were sent home due to a public practice being cancelled on account of field malfunctions.

Now in preparation for the Super Bowl, Henry Wilkinson, a renowned turf expert said that at least six installations of fresh sod had been placed in 2015 and estimated cost of each one is about $70,000. He also mentioned that that doesn’t include the maintenance that went into taking care of the field. Wilkinson also mentioned that it is never the grass’s fault; it’s the management.

As Wilkinson mentioned, we can only go so far in blaming the grass for our problems; maintenance and management is the key tool to make sure that our renovations and add-ons hold up. Why put more money into something that is not properly being managed?

Just like sports stadiums, facilities have many moving parts and assets that go into making up a facility; these all need to be properly managed to figure out adjustments, cost evaluations for certain repairs/replacements, or in general, making sure the facility is running smoothly. The best way to track these is through a CMMS.

Why is a CMMS important for stadiums?

Money will always be a factor in any stadium or situation, so the key to better maintenance is being able to grab the low hanging fruit with a CMMS. This is commonly referred to as the 80/20 rule where 80% of the maintenance problems come from 20% of the assets. This makes it important to concentrate stadium maintenance resources on the assets that cause either the most problems or the most expensive problems.

Here are the five benefits from having a stadium CMMS.

A CMMS solution for sports stadiums can help lower labor expenses, extend the useful life cycle of assets and lower stadium energy costs. The financial impact of a CMMS system for stadium owners is tremendously positive.