How Cable Companies Can Stay in the Game 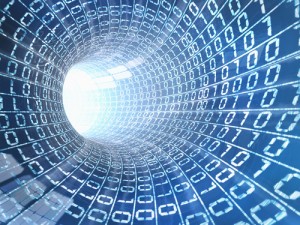 Apple continues to raise the bar for cable companies with their newest features in Apple TV. Apple is offering a new user experience through the iOS 9 style interface by interacting with Siri through a re- designed remote. Users will be able to search through iTunes, Netflix, Hulu, HBO, and Showtime using voice commands and have an interactive experience learning about their favorite actors.

These are the features users are focusing on, but no one has raised the question: how well these features will work if there isn’t a solid internet connection?

The saying “The whole is greater than the sum of its parts” plays true here because all the elements that make up Apple TV are not as valuable without a stable base: your internet.

A couple ways cable can continue to compete in this space is by improving their bandwidth and lowering costs which will keep them relevant. Increasing bandwidth will allow consumers to receive content faster and experience less risk of being interrupted during a show or sports event.

Cable companies may also have to lower rates to gain new or retain their existing customers. Competition is everywhere, but if you can provide a solid service and lower the rate a bit the reward may be higher in the end.

A new report by Leichtman Research Group finds that the number of American households paying for cable has declined from a high point in 2010, but 83 percent of households are still shelling out money every month for TV.It is apparent that cable subscriptions are declining, however a majority of Americans are still participating.

Some Americans may not have a “choice” when it comes to subscribing for cable. Some apartment complexes include it in the rent as a bundled expense. This gives cable companies the opportunity to show consumers they are valued by offering discounted internet packages and increasing bandwidth. Again, small defeats can lead to big victories.