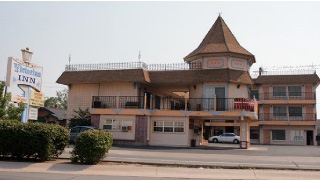 The setting was the Victorian Inn, a 92 room establishment located in Sparks, NV. The Inn is owned by Marilyn Fink and she runs it with the help of her two daughters. It was the daughters who called Hotel Impossible for help because they felt their mother had no idea what she was doing.

It turns out that the daughters were correct. The mother had already lost her home and another business in the past few years. She recently filed for bankruptcy on the hotel and although the bank was trying to work with her without a shock to her thought processes, the hotel would be lost.

﻿Episode Recap: What Business Are We In?

The show began with the host, Anthony Melchiorri, performing the usual room and premises inspections which indicated that maintenance and housekeeping were overwhelmed. Some of the opportunities for improvement included:

In general, despite having a maintenance person and two housekeepers, the Inn looked bad. This did not come as a surprise as the Inn did not have functional hotel systems, training and leadership. Unfortunately, hotel maintenance and housekeeping was not the biggest problem.

In addition to the maintenance and housekeeping problems, Anthony discovered that the hotel had some very long-term guest. In fact, some of the guest had been there for years at a very reduced rate. Not only was this killing the revenue stream but it was adding to the wear and tear of all the hotel’s assets.

Much of the show was focused on trying to persuade the owner that her business model was wrong and it was leading to total ruin. Truthfully, I do not think she got the message.

The Fixes for the Victorian Inn and What Hoteliers Should Learn

Helping the less fortunate is a noble idea but it does not pay the bills. To have a successful hotel, being a hotelier must come first. Pure and simple, a business is run by the numbers. The objective for any for-profit business is to have a positive cash flow. For hoteliers this means:

To address these issues, Anthony tried to show Marilyn how the long-term guest negatively impacted cash flow. He had to explain that the incremental revenue from long term-guest was not sufficient to go forward. He also solicited the help of her daughters to play a more active role in the hotel’s operations.

With the daughter’s help, the Inn started notifying long-term guest of increased rates to help push them out.

As with all the episodes, the hotel Impossible team gifted the hotel with some immediate assistance. For the Victorian Inn this included, a renovated lobby, a room redesign/blueprint, a good cleaning and new industrial size laundry equipment.

If I had to place a bet on whether the hotel survives, my bet would be no. The owner does not have the passion that is needed nor does she make good decisions. Unless her daughters take complete control I think that it is a failed cause.