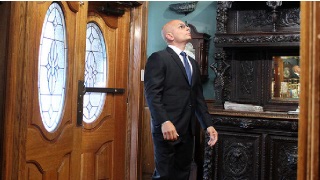 Last night kicked off the 4th season of Hotel Impossible. So what was new, different and can provide a lesson for hotel executives? The answer lies in understanding the symptoms of mismanagement and the knowledge needed to regain control of difficult situations.

What is Hotel Mismanagement?

The hotel was located in the heart of Juneau and was situated between two mountains on a busy city street. From the outside, the hotel looked fairly good and only in need of a few minor repairs and painting maintenance. The lobby was fantastic, well kept and enchanting. On the down side, the rooms were mundane with a collection of various aged decor, giving it a non-descript feel.

Unlike many previous episodes, this episode did not center around the physical condition of the hotel so that hotel maintenanceand housekeeping were not the highest priority. The highest priority this time was establishing management control over mounting issues.

The problems were visible early as it did not take long for Anthony to realize the hotel was being operationally mismanaged. “Mismanagement” is defined as management that is careless or inefficient. It was clear from the beginning that the owner was making some serious mistakes. Some of the key problems included:

What is unique about this situation is that the owner was too close to the issues to see them. In addition, she was surrounded by strong and competent personalities which made change difficult. This all resulted in the owner gradually losing control over
hotel operations.

Knowing that the owner successfully managed the hotel for almost 40 years suggest that she was capable. It also tells us she may have lost her edge and succumbed to the strong personalities around her (such as the bar manager).

Steering the Hotel Back on Track

In my experience, an operation in this condition requires an infusion of new blood that is willing and strong enough to take control. Fortunately, for the Alaskan Hotel and Bar, the infusion needed could be provided by the estranged son if the owner was willing to accept a lesser role.

The main fix for The Alaskan Hotel and Bar was brokering a deal that brought the son back into the business. His immediate task was to define the roles of each staff member, ensure staffing is complete and reign in the hotel bar costs.

The hotel bar was the biggest of the operational issues. The bar manager wanted no part of the changes and threatened to quit many times. The son met this challenge head on and terminated the bar managers employment.The firing of the negative bar manager was the wake up call everyone needed. The action set the tone for the new GM (Joshua) and was probably the most important action he could have taken to establish his authority and initiate control.

The hotel also received the usual array of assistance from the cast of Hotel Impossible including room renovations, a marketing idea for the bar and small makeover of the outside premises.

The lesson for hotel owners, executives and managers is that good people need good leadership in order to flourish. For hotels this equates to: