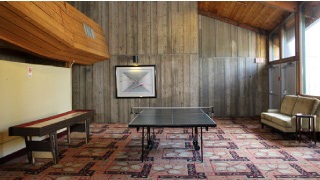 A gorgeous all-weather lodge, staggering interior architecture, classy rooms and good activity amenities and positive can do employee attitudes. Yet the Telemark Lodge is losing money hand over foot – why? The answer is quite simple; the current owner lost the founder’s vision because of a lack of hotel experience and a terrible management style.

Before we go into the details let us set the stage for the show. The Telemark Lodge is a 65 year old, 150 room lodge located in Wisconsin that was once the playground of the rich and famous. The lodge has an airstrip, summer ATV trails, an Olympic quality gymnasium and skiing in the winter.

When Steve and silent co-owner Dick purchased the lodge they had no hotel experience, unfortunately their naivety prevented them from recognizing the lodge did not have a digital property management system. This essentially meant that the lodge departments were not communicating well resulting in a lack of efficiency and effectiveness that had guest checking into dirty rooms and other things that were just not getting done.

Although the lodge seemed to have dedicated and intelligent staff, their use of spreadsheets and clipboards brought out the worse in Steve who seemed to like to publicly berate his staff. His inability to communicate and harsh management style left employees to distrust management.

The trust issue between staff was compounded when it was discovered that the GM (Robin) and the Director of Sales (Rick) did not have faith in each other. Their problems effectively stopped all sales efforts as Robin had Rick mowing ATV trails instead of selling. In addition, the net effect of owner and management issues left the very willing staff without direction and frustrated.

This episode was about two things, leadership and hotel systems.

The Importance of Leadership

Without effective management, (trust, leadership, and attitude) staff will never step up to help save a hotel. In this case, the lodge lost the vision of being a world class destination. The owner and staff were too focused on petty matters and not on the lodge. The key turning points for the Telemark Lodge included:

Whether or not the agreements and compromises made at the owner and senior management levels during the show will remain after the Anthony leaves is still to be determined. But it was a start in the right direction.

Host Anthony Melchiorri has long championed the use of hotel systems. The following quote from him is from an earlier episode featuring the Newport Inn.

Without hotel systems a lack of organization and communication prevents much needed work from getting done. For the Telemark Lodge, their manual systems resulted in:

If the situation was allowed to continue, eventually the all areas of the hotel would start to suffer making the turnaround very costly. Fortunately, there was only one area that needed a major overhaul and this was the hospitality room.

The Remaining Fixes for the Telemark Lodge

In addition, to addressing the narcissistic owner and the GM/Sales issues, Anthony’s team made two notable changes. The first was to renovate the hospitality room so that it included nicer furnishings, a business center, gift shop and breakfast nook. By the time Blanche was done with this, it fit perfectly into the original classy design of the hotel and helped bring back a lot of luster.

The second change was the bringing in of a professional hotel marketing expert to help the lodge develop large bookings. One of the results was that a major cycling event that was being held in another town was brought back to the Telemark.

The final screen credits indicated that since the cast’s visit, group bookings have increased and major event are starting to come back. We only hope that the owner does not interfere with the progress being made by his team.