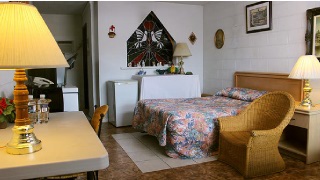 The show was set on the Canadian side of Niagara Falls, where the 30 room Ritz Inn and was owned by immigrants Hoat and Megan Oey. Despite being only a ten minute walk from Niagara Falls they had been struggling to establish their hotel as a desirable venue for tourists.

Episode Recap: Why Should I Listen to my Wife, She is a Woman

So you do not get a wrong impression, Hoat appeared to be a good, hard-working man, trying his best to provide a life for his wife and 4 children. Hoat made all the decisions regarding hotel maintenance, housekeeping, marketing and management. He also had started a couple of other businesses that he was running from the hotel front desk.

Although Hoat’s entrepreneurial attitude was admirable, he lacked the knowledge and experience needed to focus on making the hotel successful. More importantly, when problems and suggestions were brought to his attention by his wife he ignored them.

As stated by everyone in the family (multiple times), their cultural traditions placed Hoat in a position of absolute power. Standing up to him was simply not an option and his word was final. Although this situation was clearly a result of cultural bias, it is similar to having a boss that refuses to believe anyone else has an idea worth listening to.

Now that the situation has been described, the problems that the host, Anthony Melchiorri, uncovered during his inspections and interviews essentially fell into two areas; housekeeping and maintenance. A brief listing of these includes:

When Anthony met with the owners, he pointed out that very recent online reviews were describing the hotel included bolded statements of “Don’t go there” and “Worst place ever”. He also discovered that Megan was very intelligent but that her ideas were systematically ignored because she was a woman.

Lastly, the meetings with the owners revealed that were trying to renovate rooms but without the hotel guest experience in mind. Essentially they were wasting what little money was available.

Clearly, if the hotel was to survive, Hoat had to be willing to accept that he was not making good decisions and that working hard was different than working smart.

The Fixes for the Ritz Inn and What Hoteliers Should Learn

The critical fix for the Ritz Inn was to convince Hoat that he did not have the knowledge to run the hotel alone. To accomplish this, Anthony had to demonstrate a better hotel maintenance and management. He also had to persuade Megan and the children to stand up to their father.

Part of the fix included teaching the entire family how to use the proper tools and a room checklist to clean a room. A second part of this was convincing the children to prepare a contract that states they would have the final vote in case of a disagreement between Hoat and Megan to resolve issues.

The next step was getting Hoat to recognize that he needed to concentrate on being a hotelier and create an environment that was oriented toward improving the guest experience. This may have been the first episode where renovations and corporate sponsors had an impact on attitudes because they showed a better way. These fixes included:

Lessons Learned from the Ritz Inn

Cultural tradition and beliefs are not easily changed. Change will only happen if the environment that people are in is conducive to change. Demonstrating the need for change is not a guarantee of success especially if the change contradicts a lifetime of beliefs.

The preceding rational is the reason I have doubts if the Ritz Inn will be able to complete a successful turnaround. I simply do not think that Hoat will accept input from his wife on a long-term basis.

On the other hand, there is still a lesson to be learned from this episode. The lesson for all hoteliers is that hotel owners/managers that do not listen to other people’s input will not be effective. The most successful people in business today know the value of surrounding themselves with people smarter than they are and accepting their counsel.