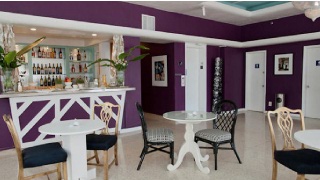 A hotel on the beach in a fashionable art district with rooms rates 1/10 of the competition and that still can’t attract guests? It doesn’t seem right until Hotel Impossible visits The Penguin Hotel on this week’s episode and discovers the reasons.

Situated in South Beach, Florida, the Penguin Hotel looks like any other run of the mill hotel in the area. However, upon host Anthony Melchiorri arrival, things soon turn out to be much different. Problems are compounded by the owner who has difficulty taking criticism.

A quick hotel inspection and review of services reveals the hotel’s issues fall into four areas. The first two issues are housekeeping and hotel maintenance. The final two are a lack of hotel experience by the owner and a lack of amenities.

Right from the beginning of the show we knew something was wrong as Anthony waited by the valet parking sign in front of the hotel. Only after going inside did he discover that you must leave your keys at the desk to obtain the service.

“Hotel 101: don’t make things complicated for your guests. Especially when they want to get food and drink.”

Other problems soon surfaced as it was discovered that the hotel forced guests to go to another hotel for breakfast and drinks. To obtain these amenities, guests had to figure out a maze of alleyways in order to find the referred hotel.

The frustration of guest over amenities that were promised but not delivered was expressed repeatedly in online reviews of the hotel. When confronted with the need for change, the owner initially walked away angry that he had been called out.

Although a lack of services was cited by some guests, other guests complained about the physical state of the hotel. It was obvious the hotel management was not spending on unplanned repairs. Inspections of the their premier room and premises revealed:

Why hotel guests had bad things to say

The Fix for the Penguin Hotel

On a special note, the housekeeping manager took it upon herself to have the hole in the wall repaired surprising everyone by her initiative. Her development of a sense of pride was critical to the change.

The lobby furniture and walls were renovated to reflect a more contemporary feel. The renovation included the opening of the bar area and setting up an area for breakfast so that the hotel could offer breakfast and drinks in-house again.

Lastly, a drink guru was brought in to concoct a drink only found at the Penguin Hotel. To make it, guests shook a penguin shaped container to mix the fruit and beverage together. It was aptly named Shake Your Penguin.