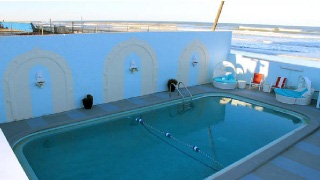 I watched last night’s show with great anticipation. As a turnaround expert, it is fascinating to revisit the hotels featured in first season of Hotel Impossible and see which ones have best adapted the changes.

Before the show began, I reviewed my own notes and past reviews of the show so I could compare my thoughts about the probability of successful change to the outcomes. When the show was over I was happy to be pretty close with only one real surprise.

In Hotel Impossible Season Recap, Hotel Lessons Learned we learned that in all the cases the hotel’s problems were self-inflicted.

The issues could be boiled down to a lack of hotel management experience, management skills and communication issues. These problems led to poor guest experiences stemming from poor maintenance, housekeeping and an inability to market them.

Let us take a look at the 6 hotels and lodges that were revisited by the host Anthony Melchiorri and compare the before and after:

What Hotelier Can Learn

Ina nutshell, when owners and executives step forward and are willing to give it their best then positive things will happen. Once buy-in has been achieved at the top, staff will start to step-up. But owners and GMs cannot do it alone. It is the people of a hotel or lodge that truly make the difference but they must have effective leadership to do it.

Turnarounds take time and lasting change takes commitment from owners and staff. The shorts visits by Anthony and his team can only point hoteliers in the right direction but it up to the hotels and lodges owners and management to make change permanent.

It should be noted that the hotels and lodges that were revisited for this episode were obviously included because some degree of success could be demonstrated. Judging by some of the comments left on my season recap as well as a few other posts some of the hotels were not faring well.