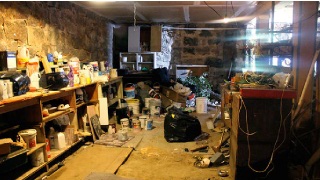 This week’s show visited the Hotel Leger located in the heart of the old California gold rush country. Even though the hotel has been designated as a historic landmark it was failing as a result of neglected asset management leaving potential visitors no reason to want to visit.

Episode Recap – Give Me a Reason to Visit

The situation was a little unusual because the hotel, just 2 hours from Yosemite National Park, was once part of a boom town that had seen its population dwindle to approximately 500 people. The hotel’s saloon was the only hotspot around and despite being packed upon host Anthony Melchiorri’s arrival, the local bar business was not filling the 13 guest rooms.

Not getting guests to stay overnight was contributing to a substantial lack of revenue and was accelerating the decline in hotel maintenance. More importantly, the revenue shortfall had also reduced the support staff to the point where the hotel was effectively closed two days a week with no property maintenance was being done.

This was a shame as the rustic hotel rooms were actually very beautiful and well maintained. The problem was that the hotel and town did not have any other assets that could draw guests in.

“Guests are looking for three things; shopping, restaurants and convenience.”

This left Anthony Melchiorri in a very tough spot. They had to create a reason for people to come visit. The next logical step was to take a closer look at all the hotel assets.

After touring the Hotel Leger, the Hotel Impossible team identified several problems and hotel assets that were not being utilized to their full advantage. these included:

“No hotel can operate without a maintenance person”

Unfortunately, renovating these areas in the short-time frame allotted was not a minor task and required a small army to complete. This is where Anthony earned his stripes for thinking outside the box.

Normally, Anthony has his designer, Blanche, take care of renovations/restorations with a small team of professionals. However, in this situation, there was no way the projects could be completed with the normal staff so Anthony went to the town’s people to ask for help.

This was an ingenious solution as the town had as much to lose as the hotel owner Ashley. The result was that the next morning most of the town showed up with tools in hand. Blanche managed them admirably with the following goals in mind.

Happily, all goals were accomplished as it would not have been a television show had the objectives not been completed. In addition, host Anthony Melchiorri gave the hotel management team two additional ideas to work with since money was in such short supply.

These were the idea of staffing the hotel using a co-op concept of bringing in part-time locals to volunteer and work for discounts and other benefits to be determined and to create a club membership with locals for access privileges.

According to the final trailing screen, bookings went up 20%, 30 people signed up for the co-op work program and the jailed was not being booked for events.