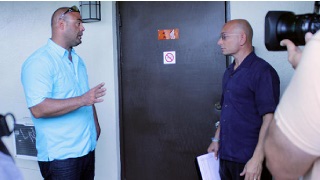 The premise of this week’s episode of Hotel Impossible was that deep in the heart of a fisherman’s paradise lies a well-kept, clean and easily accessible hotel with no guest. With hotels 70 miles in either direction being close to 100% capacity and very few hotel maintenance issues, why was this hotel empty?

A Lack of Hotel Experience or Something Else?

Setting the stage, the owners of two years run a successful marina across the street. They purchased the hotel with the profits made from the marina. They are intelligent, well-intentioned and were able to renovate the hotel so that physically it was attractive to guests. They were able to accomplish this without prior hotel experience to help guide them.

The person left in charge of the hotel (Valeria) was the wife of one of the owners. Although, she was intelligent and hardworking, she also lacked hotel experience and her care of the family only left her a few hours a day to focus on hotel operations.

The issue with all of this was that the hotel was not being operated correctly. Some of the problems included:

It was clear that the hotel was not guest service friendly and this by itself is enough to push potential customers away. However, it was not the biggest problem. The biggest problem was that Valeria and her staff did not know how to handle guest complaints.

Based upon the online reviews and the undercover guest, issues were met with a defensive tone and in the case of online review responses, guest were essentially being yelled at (the use of CAPs). The online reviews were killing any hope of attracting new guests or returning clients. This was not a result of a lack of hotel experience, this is the result of not understanding hotel customer service.

Hotel customer service can be measured by the hotel’s ability to exceed guest expectations. Guest expectations start with the reservation process and include the all aspects of their stay and ends with the proper handling of after stay concerns (which includes online reviews).

There are many components to customer service and a detailed explanation is beyond the scope of this episode recap. What can be learned is that a very important part of hotel customer service is knowing how to handle complaints. A single mishandled complaint can do more damage to a hotel than dozens of positive reviews.

During the show, the host Anthony Melchiorri, demonstrated several examples of good customer service and also tried to explain to them what a guest needs in terms of problem resolution. If hoteliers can learn anything form this episode it would be to revisit problem resolution training with all hotel staff.

The Final Fixes for the Crosscreek Inn

The focal point of the show was the need for customer service. To obtain this, Anthony needed Valeria’s husband, German, to spend more time at the hotel until a professional manager could be hired. An agreement was made and German assumed a more direct role in hotel operations.

The hotel also received renovations for their lobby and channelside dock area. The lobby renovations were important because it really did change the tone of the hotel’s first impression to be more guest friendly.

Finally the owners were given a manual that provided basic hotel management lessons and simplified checklists for inspections. Based upon the current online reviews I read on TripAdvisor, the hotel seems to be doing much better especially with customer service.

We hope you enjoy reading our weekly recaps. Share with us your favorite episode and what you learned this year.