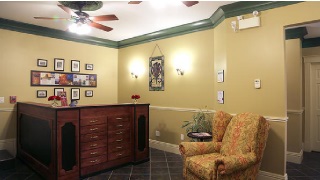 Am I the only one confused by the recent episode of Hotel Impossible featuring the Chipman Hill Suites in New Brunswick? Was the episode about finding a fix for the revenue problems the hotel was facing or about how not to manage hotel staff?

There is no doubt that one of the hotel’s problems was a staff on the verge of walking out due to the owner’s Darth Vader management techniques. Unfortunately, I can only assume that the producers needed something to fill the airtime with and this is why 80% of the show was about the owner’s management style.

However, staff management was not the hotel’s main problem; the real problem was a lack of hotel revenue management. The issues with the staff were irrelevant to the financial distress of the hotel and their resolution played only a minor part in the turnaround.

Setting the Stage for the Chipman Hill Suites

The Chipman Hill Suites is a collection of 11 historic buildings in the city of Saint John, Brunswick. The hotel was owned and operated as a bed and breakfast by Susan Fullerton. One of its claims to fame was that English royalty once stayed there.

The host, Anthony Melchiorri, arrived at night with a set of emailed instructions and despite considerable frustration with finding parking as well as with the hotel entry system he discovered that the hotel:

In short, the hotel looked great, guests loved it but it was not making money and the staff was on the verge of leaving (one housekeeper actually quite during the episode). Although I would be the first to agree that the owner needed a change in management style, this was not the biggest lesson to be learned.

The real lesson to be learned in this episode is the need for hotel management to understand their local market and how to get the most out of it during lean times. For the Chipman Hill Suites, this translated into knowing that:

The financial fix was extremely easy. The solution to increasing revenue, hire more staff (and lower staff frustration) was to raise room rates and start engaging in local partnerships.

The second most important fix was to renovate an empty space so that the hotel could offer breakfast. This was also a DUH as the Chipman Hill Suites was considered to be a bed and breakfast hotel. However, until the Hotel Impossible team arrived it was not serving breakfast.

Other minor fixes included helping the GM learn more about hotel systems (maintenance, housekeeping etc.) and making the lobby more guest friendly. With that said, the final lesson to be learned is from the 80% of the show centered around the owner’s management style.