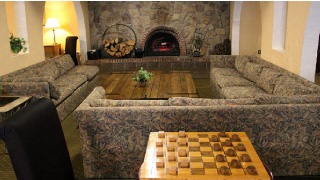 This week’s episode of Hotel Impossible featured the Bromley Sun Lodge located at the base of a skier’s paradise in Vermont. The show was a perfect example of what happens when hotel owners lacks fundamental marketing knowledge.

Episode Recap: No Vision to Succeed

The lack of winter lodge marketing knowledge was visible right from the beginning of the show. Host Anthony Melchiorri arrived at the lodge, which was just seconds away from the ski lifts of a nearby ski mountain, only to find that the exterior entrance was just flat out ugly. Upon entering the lodge he soon discovered:

Further inspections of the lodge premises revealed that maintenance was not consistent leaving dangerous snow and ice on stairwells and most of the emergency lighting system not working. In addition, the outside of the lodge that faced the skiers coming down the mountain had not been painted in years and looked very bad.

The result was that the overall feel of the lodge was uninviting. Anthony’s discussions with the owners revealed that the owners, Jim and Joyce, thought that the mountain was their best asset instead of the lodge.

This perspective was unfortunate because the mountain itself was not a great skiing mountain and only offered 43 easy to moderate trails with a 1300 foot drop. Most skiers went to the two nearby mountains. As mentioned above this opportunity went unrecognized.

More importantly the owners had no plan to improve their situation.

The fixes for the Bromley Sun Lodge were very simple and included:

The only real question remaining for the Bromley Sun Lodge is will the owners be willing to listen to their marketing consultant and execute a new plan after Anthony leaves. This will be an interesting hotel to revisit at a later point in time.

the most important thing hoteliers can learn from this episode is that a hotel or resort will not thrive without marketing.