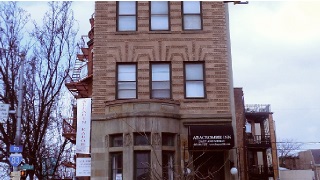 This past Monday, the new season of Hotel Impossible premiered on the Travel Channel. As with the previous seasons, I will review each episode to look past the obvious reality TV drama and find some tidbits that hoteliers, hotel managers and hospitality professionals can use to improve their hotels and lodge operations.

The format is fairly simple, first is a episode recap followed by a closer look at operational issues and then a look at the shows results. We welcome your feedback and encourage you to share your thoughts with us.

Episode Recap: No Passion = No Success

The season’s first episode is a must learn or remember lesson that applies not only to hoteliers but to everyone thinking about starting a business or confused as to why their dreams seem to be falling apart. So let me set the stage.

The Hotel Impossible team choose the Abacrombie Inn of Baltimore to kick things off. The hotel, located in a historical and cultural district is right across the street from where the Baltimore Symphony Orchestra plays. Ten years ago the Abacrombie Inn was rated the top B & B in Baltimore. It was sold to the current owners in 2007.

The current owners, Safira and Hanif Vahora, bought the property as an investment after successes with gas stations. They were the told by the previous owners that the Inn would pretty much run itself and they probably did not need to be around much.

Unfortunately, Safira and Hanif, who had no hotel experience, took the prior owners too literally. It appeared that they were looking for an easy retirement check and did not think that they needed to put any effort or work into the Inn. The owners also did not seem to care much about guest.

Lack of Passion Knowledge and Caring

“Killing guest is bad for business”

The result of no effort and a lack of guest concern was having clear consequences:

The lack of passion for their work, the hotel and their guest was so prevalent there was no doubt that without change the hotel was doomed.

To complicate matters, the absence of passion was leading to other serious problems as well. The hotel itself was paying the price of neglect.

“In order to preserve the value of a property, it needs to be maintained”

Considering the hotel had only 12 rooms, there was no excuse for the Inn not being cleaned for years. Both the exterior and the interior were paying the price of neglect. Some examples from the show included:

Clearly, the host Anthony Melchiorri had his work cut out for him. Implementing new hotel systems, bringing in a renovation team and giving them new linens (corporate sponsored of course) were not going to make a difference until the owners believed they needed to change attitudes.

In keeping with the show’s tradition and format, the Hotel Impossible team brought in a designer to renovate the foyer and a bedroom to demonstrate to the owners the direction they needed to go.

However, the most important lesson that hoteliers, senior managers and entrepreneurs can learn is that without passion; their dreams, ideas and sustainable improvement will not happen. In this episode, the owners failed to demonstrate any passion for their new venture and any experienced entrepreneur could have foreseen the results.

To his credit, Anthony addressed this problem by giving the owners 12 hours to clean the hotel. The move pointed out that entrepreneurs, owners and senior managers must be willing to roll up their sleeves and get dirty. The owners proved they could do it with their prior businesses and just needed that all important reminder that change and success are driven from within.

The shows final screen mentioned that some change was beginning to occur. However, I do not think the owners are in it for the long-term. The change occurring is to increase value in order to minimize the financial loss from the Inn’s future sale.

Come back soon to read the recap of each Hotel Impossible episode this season.