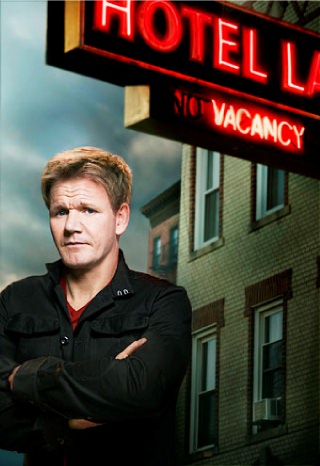 I just finished watching the second part of episode one of Hotel Hell and truly regret this was two hours of my life I will never get back. The show’s premise is that Chef Gordon Ramsey goes to a distressed hotel to turn it around and is obviously trying to capitalize on the success of the Hotel Impossible series.

Sensationalism But No Substance

Unfortunately the show centers around Ramsey’s attempts to shock the audience with his limited vocabulary of bleeped out swear words. After listening and taking notes for 2 hours I can summarize the show and the abilities of the Chef Ramsey very quickly.

Chef Ramsey may know his way around a kitchen but kitchens do not fill hotel rooms and given that a large amount of the show was staged in the first place I can’t help but wonder if any of the show was real.

The show certainly has no value to other hotel owners or anyone in the hotel industry. Don’t waste your time watching.