Facilities, Transportation and Infrastructure behind the Sochi Olympic Games 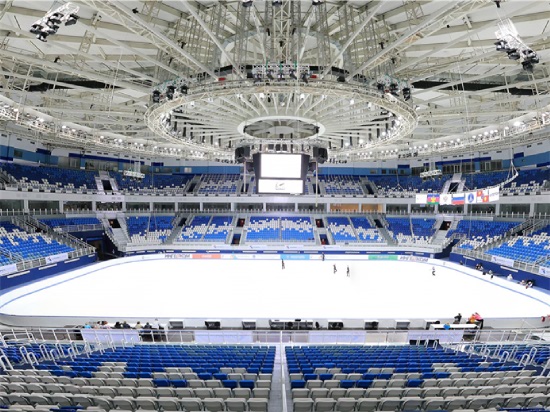 Starting February 6, and lasting for 17 days, the 2014 Winter Olympic Games will start in and around Sochi, Russia. The games will produce new heroes whose feats are sure to astound us. However, the legacy of Sochi Winter Olympics will be a lesson of ineptitude for asset planning and asset management.

The games are to be staged in in 11 sports facility venues within two clustered areas. Additional support facilities include an Olympic Village, an international broadcasting center and infrastructure improvements/additions.

Like the 2012 London Olympic Games, the success of the games depends on facilities management and their maintenance. Unlike the London games, the asset planning and management for the Sochi games has been an unmitigated disaster.

With this said, the facilities are beautiful. A short description and photos will be given below. The most telling aspect of the Sochi Games is that the cost to build the facilities and infrastructure already exceeds the cost of all of the previous Winter Olympics combined.

Why has Asset Management Failed?

Good asset management refers to the management of assets (facilities, energy, transportation, infrastructure etc.) over the entire project. It starts with the initial planning stages and continues with understanding how an asset is to be used, installation, operations, maintenance and eventual retirement.

It was estimated that a total of 235 new facilities will be constructed in Sochi by 2014. Of these facilities 11 of are new world class Olympic competition venues and the other 224 facilities consist of sites and venue infrastructure intended for Sochi’s development as an Alpine resort.

“Olympics tend to have cost overruns of about 180% on average. For Sochi the overrun is now 500%.”

Source: Allison Stewart, of the SAID Business School at Oxford

Even though most Olympics have seen cost overruns, the Sochi games have been spiraling out of control since Russia won the bid in July of 2007. There are many reasons for this problem and they include:

The cost overruns are significant because they all but guarantee that the asset will never recover its costs. In addition, if maintenance is handled the same way, the venues will not be cost effective to maintain.

The chart below gives a breakdown of the ridiculousness of the costs being incurred.

Perhaps the craziest thing of all is that they are trying to turn an impoverished city in a sub-tropical climate into an internationally acclaimed ski resort destination. Why is this crazy? A sub-tropical ski resort in a country known for snow and cold (Sochi is the warmest city in Russia). hmmmmmm.

The Olympic Sports Facilities are Ready

Despite all these problems, the sports facilities and support areas are ready and they look really great.

Looking at the photos and statistics above, the ongoing asset management of the venues and infrastructure is going to be a daunting challenge. The keys to keeping everything operational and cost effective are organization, proactive maintenance, document management and asset planning (based upon asset knowledge).

One proven method of managing these keys is an Enterprise Asset Management (EAM) system. EAM provides the framework and tools needed to get the most out of assets using the least amount of resources. For example:

EAM enables asset managers to use hierarchical architecture to know the description, location condition of each asset down to the smallest part.

EAM provides the automated maintenance scheduling tools to ensure inspections, maintenance and repairs are being handled in the most efficient and effective manner. Proactive maintenance means fewer surprises and lower operating costs.

EAM Document Management provides the ability to manage documents such as photos, contracts, vendors, schematics and blueprints so that time is not lost searching for needed information. It will also allow documents to be attached to work orders for clearer problem identification and resolution.

EAM tracks the work history of all assets. This information is then used to make intelligent repair, replace or refurbish decisions. It a critical tool needed for capital budgeting.

There is a saying that Knowledge is power. With an EAM system, asset and maintenance managers will always have the knowledge of the condition of assets and what needs to be done next.

What Happens Without Good Asset Management

If implemented correctly and used diligently, the assets of the Sochi Winter Olympic Games can last a lifetime. Hopefully they will not look like the photo below in 5-10 years.

We wish all the athletes at the Olympics success. We also wish the Sochi Olympic Games are concluded without facility or political issues that could mar the glory of the games.