Facilities Management behind the Olympics 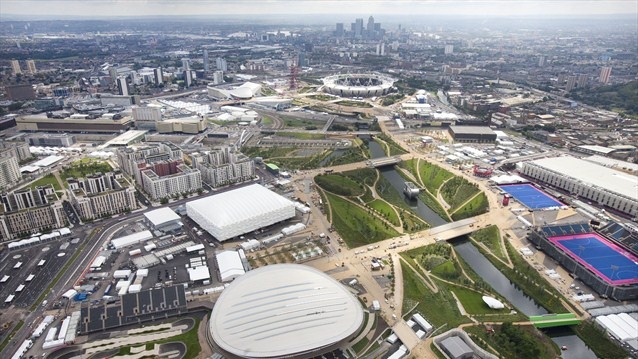 How do you successfully stage the world’s greatest sporting event? The 2012 London Olympics has been a massive facilities management undertaking by the U.K. and local governments. This is because in order to stage a successful Olympics the host country must have the infrastructure built to handle the demands of over 10,000 athletes, hundreds of thousands of visitors and international communications.

Most people only see the glory and failures of athletes on television. What you don’t see are the facilities behind the Olympics that will make the event transparent to the public. For the 2012 London Olympics these behind the scenes facilities and services include centres for energy, communications, power, water and the Olympic Village. In addition, the public transportation system has been updated.

Together these centers and services (as well as other smaller centres around the country) will support 9 Olympic Park venues, 13 London sports facilities, 10 out of London facilities and 6 road venues. If all goes well the only complaints you will hear about will be about subjective judging and not the conditions of the facilities.

Hopefully, each centre facility was constructed with the help of an enterprise asset management (EAM) system or at the very least, future facility management will implement computerized maintenance management software (CMMS) for operations and maintenance. Let us take a quick look at each major facility and how it will be used after the Olympics have concluded.

The Olympic Park Energy Centre is actually two facilities that provide a quarter of all the electricity and all of the hot water and heating into the park. They were built for sustainable energy generation at a cost of approximately $176 million dollars.

To meet the cooling requirements of Olympic Park the energy plants use a combination of ammonia-based, electrical and absorption chillers. Asset energy efficiency has been increased by making use of recovered waste heat for operation.

In addition, the facility complex design allows for additional boilers and chillers if needed. After the Olympics have concluded the energy plants will be used to supply power to about 10,000 homes as well as the facilities currently in use.

The primary electrical substation forms the central part of the Olympic Park utilities network. It distributes power to the Olympic Park and nearby Stratford City through approximately 100 kilometers of new electric network cabling.

The design of the substation included the removal of 50 above ground electrical pylons and includes a brown roof for sustainability and ecological improvements. The substation steps down the power from the main electrical grid and distributes it to the different venues.

Powered assets inside the substation include 110 ton transformers, switchgear and auxiliary equipment. It will be used by the local community after the games.

Anyone who has ever been to a major sporting event knows the importance of having sewage removed. This makes the pumping station critical to the public as well as to the environmental success of the games.

The pumping facility will be responsible for collecting, conveying and removing wastewater from the main sports arenas, stadiums and buildings. Key features include a deep sewer system instead of a lateral sewer (most common worldwide), 1.9km of primary sewer tunnels, 13 primary shafts and hundreds of meters of secondary sewers.

After the games the pumping station will continue to serve the local community.

Hailed as the largest build for non-sports venues in Olympic Park, the IBC/MPC complex will serve host to 20,000 broadcasters, journalists and photographers. Other key features include 60,000 square feet of studio space as well as 29,000 square feet of office space.

In addition to the ample office space, the centre is equipped with state-of-the-art utilities, power configurations and digital connectivity making for high quality and fast communications. In addition, the IBC/MPC complex also has a temporary catering village capable of serving 50,000 meals per day.

The complex is designated for office use after the games and was designed so that it can easily be partitioned for any number of tenants. The two buildings are connected by a 200 meter high street designed to accommodate banks, shops, and smaller businesses.

The heart of Olympic activity is the village where the athletes stay. The London Olympic Village is the temporary residence of 17,000 athletes and officials during the games. Along with 11 designated living areas there are shops, restaurants, medical facilities, gymnasiums, manicures, media centers and game rooms.

Although it cost $1.76 billion to build, the value of the facilities is that they will be turned into 2,818 homes. About half 1379 will be affordable income dwellings and will be named the East Village. The new community will also contain the new Chobham Academy, a school for 1800 students and public parks.

The final cost is still to be determined as the athlete’s living spaces must be converted to include kitchens, new carpets or wood flooring and other amenities for single dwellings. Key will be the performing of inspections for damage and the setting up of property management maintenance programs.

The final piece of infrastructure puzzle is transportation. Without exceptional transportation, athletes and the public would have difficulty attending the games. In addition, it would be a terrible reflection on the UK if the road events indicated a poorly maintained transportation system.

Some of the key statistics for transportation preparation are:

The Cost of Olympic Infrastructure

The U.K. just like many other nations is facing a severe economic crisis. As a result, infrastructure improvements have been delayed and maintenance on older assets deferred. The Olympics provided the government with an opportunity to make changes that are in everyone’s benefit.

Delayed and deferred maintenance is always more expensive when improvement or repairs come as a result of asset failure. Whether it is an individual facility, roadways, or housing development investing in the country’s infrastructure will help mitigate maintenance costs and public despair.

The challenge for the U.K. is to make sure their shiny new sustainable facilities are maintained properly and not allowed to deteriorate due to a lack of maintenance planning or neglect. If this can be done more money will be available for future economic recovery programs.

We wish all the athletes at the Olympics success. In an upcoming post we will look at many of the actual sports venues and how they will be used and maintained after the Olympic games have concluded.