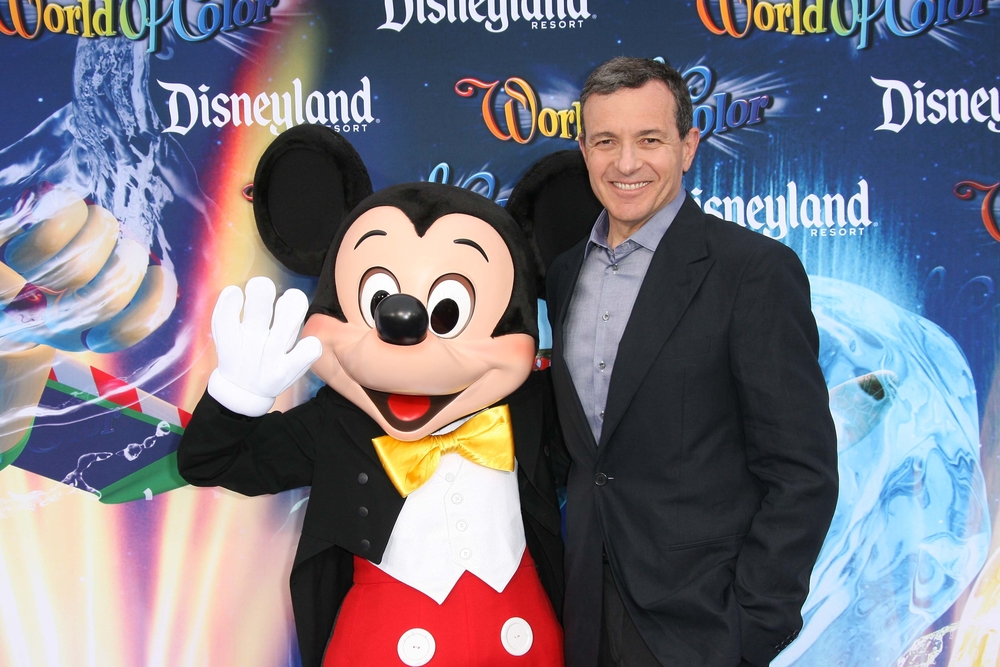 Bob Iger first revealed in 2017 that Disney has been developing a standalone streaming service to directly compete with Netflix. As a result, Disney’s extensive library of content currently residing on Netflix will be pulled in 2019. This library of content includes Marvel and Star Wars titles.

Disney also released that as a part of its new streaming service, there have been two live-action Star Wars TV shows approved and there will be no R-rated content on the platform.

“Taking control of streaming is a big strategic shift for Disney,” Iger explained. Bob Iger said during an investor’s call the upcoming streaming service would be Disney-branded and carry the Disney name, and the majority of the content on the platform will be Disney original series appropriate for all ages.

Disney officially announced in November 2018 that the streaming service would be called “Disney+”.

When Bob Iger announced Disney’s standalone streaming service, he also confirmed Marvel and Star Wars titles will be exclusive to the platform.

It was also reported that Disney would launch its streaming service with “500 films from the Disney library…in addition to around 7,000 episodes of DisneyTV.” In comparison, Netflix had “4,335 movies and 1,197 TV series in 2016.”

Disney later confirmed that it is working on an animated Monsters Inc. show, as well as, a 10-epsiode docu-series based on High School Musical.

For all the Marvel fans out there, Disney confirmed it is working on a new TV show based around the Marvel Cinematic Universe characters. It will be a live-action show based on Loki, with actor Tom Hiddleston. More shows based on Marvel Studios characters, including Scarlet Witch, Vision,  Falcon, & The Winter Soldier, are also expected, with the respective movie actors returning to reprise their roles.

During an investor’s call, Disney’s CEO announced that The Last Jedi’s director, Rian Johnson, will get his own Star Wars trilogy, and that Disney is planning a live-action Star Wars television show called The Mandalorian.

Disney also has not written off the possibility of including third-party content, but it must fit within the Disney brand and none of it can be R-rated content.

What Devices Will Support Disney+?

Device support is currently unclear, though Disney has referred to the upcoming service as an “app” on several occasions, suggesting it could be streamed to phones, tablets, and similar devices.

A subscription to Disney’s streaming service will be “substantially cheaper” than Netflix, according to Disney’s CEO Bob Iger.

Reports are suspecting the price will land somewhere between $8-$14/month due to the amount of content volume the service will provide starting out.

Disney plans to launch its standalone streaming service in late 2019.

How Does This Affect Other Cable Providers and Streaming Services?

Disney may be shaking up the streaming service industry, but Hulu is still in Disney’s good graces.

The company could see a much larger stake in Hulu following the company’s acquisition of Fox. Iger told investors the company has no plans to abandon ship, and it wants to expand Hulu’s presence as a streaming service.

“Given the success of Hulu so far in terms of subscriber growth and the relative brand strength and other things too like demographics, we think there’s an opportunity to increase investment in Hulu notably on the programming side,” Iger said.

Now, for other streaming services like Netflix, what is their plan of action? Will they be generating more new content to make up for the loss of Disney related shows and movies? How will this affect their subscriber base?

Cable providers such as Comcast have Xfinity Instant, an Amazon Fire-type experience available to Comcast users that lets them incorporate Netflix and YouTube into a single interface, however this does not include Hulu.

Comcast was also in the bid for Fox earlier this year, so how will this play out in terms of content use and/or sharing? Will Comcast eventually be able to host “Disney+” as part of their streaming experience or will they need to generate even more original series to keep their audience interested?

Time will tell later next year once “Disney+” is released and the final approval of Fox and Disney take hold.