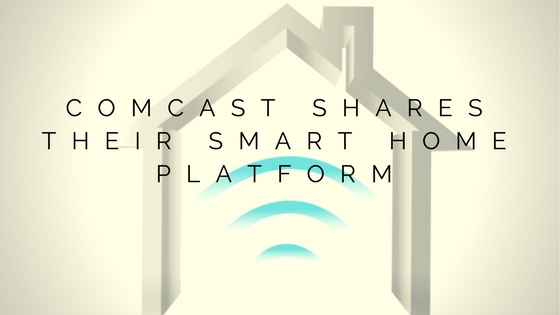 Comcast offered a preview of its new smart home platform designed to simplify management and optimize the performance of a subscriber’s home network last week at the Las Vegas CES 2017.

The new service streamlines the onboarding of devices to a WiFi network and provides a dashboard system for monitoring activity and setting network policies.

Customers will have the ability to test WiFi signal strength, see who’s currently using the home network and when connectivity is turned off on certain devices.

The service is free and the platform will work with existing Xfinity wireless gateways and Comcast’s new Wireless Galaxy.

Comcast also announced that all Xfinity customers will have access to the new Wireless Galaxy by the end of Q1 2017.

The idea of a whole-home networking solution is nothing new, nor is Comcast’s desire to improve the broadband experience. What’s less explicitly stated in the product launch, however, is a much more ambitious goal. Comcast wants to own the operating system for connected devices in the home.

Chris Satchell, Chief Product Officer at Comcast mentioned We think this is the X1 of the Internet.

Much like how Comcast’s X1 platform acts as an operating system for video, the digital home is Comcast’s answer for managing broadband connectivity and any devices that require a network connection to work.

The main components of the system include the ability to connect groups of devices within profiles that can then be managed through policy settings, bandwidth logs, voice-control commands, added security functions and tools for troubleshooting. The solution is built for ongoing feature expansion, and Comcast plans to add new software and hardware integrations over time.

Satchell also mentioned Comcast would consider licensing its smart home platform to other service providers. The first priority is to get the solution rolled out to Comcast customers, but after that he thinks it’s something their MSO partners may have interest.

The new digital home service is an important step for Comcast. With competitors like Amazon and Google attracting consumers to their respective software platforms with retail hardware, Comcast is looking to bring their customers and new clients to the Xfinity software environment.

Approximately 10 million Comcast subscribers will automatically be connected to the cable company’s new platform. By the end of 2017, Comcast expects that number to grow to 15 million.

Comcast said it wants its consumers to be able to manage their home networks without having to be the CIO of their own home. If the new network works, it should increase customer satisfaction and keep customer’s loyal. This creates better opportunities for Comcast to analyze behavioral data of its customers and increase opportunities for new revenue.

This would only increase Comcast’s heavy investment which is “the network to the home.”